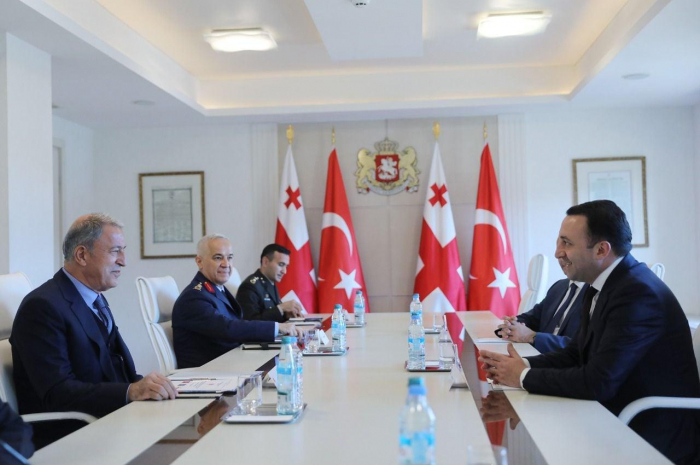 Defense cooperation between the two countries and threats to security in the region were the major topics of the discussion at the meeting.

The sides stressed the strategic partnership and close bilateral ties between Georgia and Turkey. It was noted that Turkey's practical support to Georgia for decades has played a special role in the development of the country's defense forces. Emphasis was placed on the role of multinat=ional joint military exercises in strengthening defense mechanisms and preventing threats, and the importance of the active participation of allies and friends in this work.

The situation in the region and security issues were also discussed at the meeting. It was noted that Georgia welcomes the settlement of conflicts only in accordance with the basic principles and norms of international law, within internationally recognized borders, and there is no alternative to it.