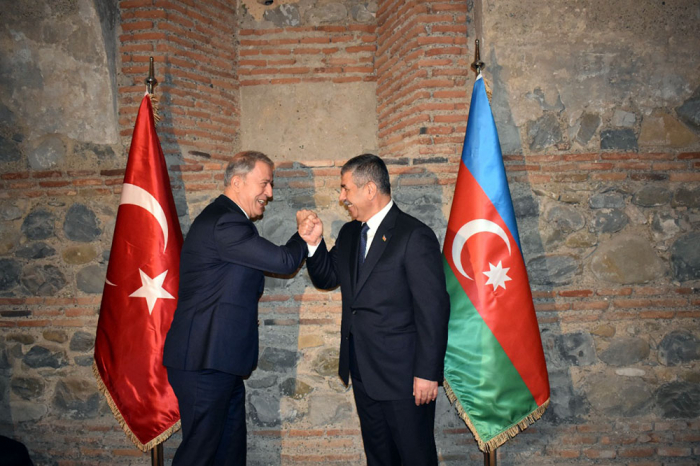 During the meeting, the ministers discussed the issues of development of cooperation in military, military-technical, military-educational, and other fields, and noted the importance of the experience gained by the servicemen in the joint exercises.

Minister Hasanov expressed his gratitude for the support provided by fraternal Turkey in the Patriotic War.

It was noted that the sincere relations between the heads of the two countries had a positive impact on military cooperation and the strategic alliance was based on friendship and brotherhood.

In the end, the Azerbaijani minister expressed confidence that the cooperation based on mutual trust, confidence, and support will continue successfully develop and strengthen.