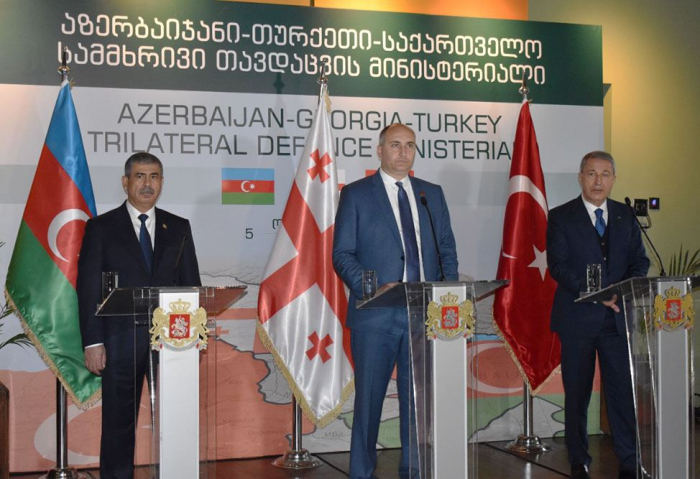 A joint press conference of the defense ministers of Azerbaijan, Turkey and Georgia was held in the Kakheti region of Georgia on October 5, AzVision.az reports referring to the press service of the Azerbaijani Defense Ministry.

During the conference, Hasanov touched upon the importance of good-neighborly and friendly relations between the three countries.

According to him, the meeting of the defense ministers of these states in Georgia is a vivid example of a strategic dialogue between them.

The joint military exercises will help bring trilateral activities to a new level and will contribute to regional security, the minister said.

Stressing the importance of the meeting, Burchuladze said that Georgia is mainly focused on the development of relations with Azerbaijan and Turkey.

The cooperation of the three countries in the defense sphere is the guarantor of peace and stability in the region.

Furthermore, the ministers answered questions from the media representatives. 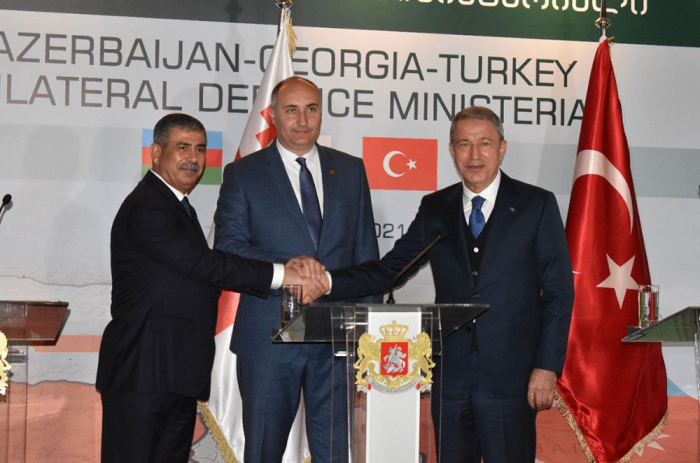