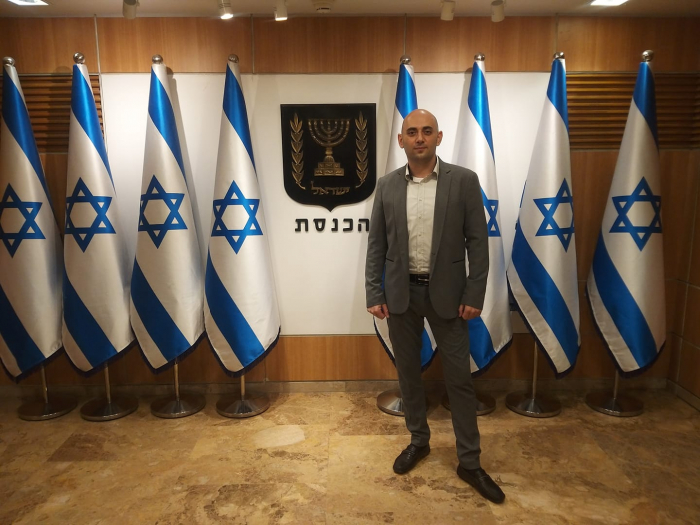 A year ago our Patriotic War ended with the restoration of Azerbaijan’s territorial integrity. Although stability was maintained in the region after the war, recently we started to observe behaviours threatening the region. Iran voices a number of undesirable accusations and opinions against Azerbaijan by holding large-scale military training in the southern borders of Azerbaijan. Israel is also named in Tehran's attempts to turn the region into a new hotbed of conflict and absurd allegations in this regard.

In his interview to AzVision.az, a famous Israeli public figure and chairman of the “Jerusalem Hand” organization Baruch Leviev said that the recent events have further consolidated the friendship between the two countries.

- Initially, I would like to state that last year I was one of those who supported Azerbaijan and actively promoted Azerbaijanis’ just struggle. I was trying my best to support my brotherly country in information warfare on social media. We should not forget that a large number of Armenians live in Israel and there is an Armenian diaspora in the country. Among those Armenians, there were people with whom we contacted, and we even had some verbal conflicts over certain issues. Indeed, such propaganda was not easy. I personally was born in the Caucasus. My grandmother lived in Guba. I was born in Dagestan. Therefore, we have a lot in common with this beautiful country. I am actively involved in public life and in the diaspora works of our Caucasian society in Israel.

-  How effective was the information support to Azerbaijan’s just struggle in Israel?

- Publishing articles in this direction was of utmost importance in Israeli media. A lot of information can be found in Russian. However, there was not enough information on this issue in Hebrew. During the previous war, we had very few people who wrote, spoke and acted effectively in Hebrew. There were not many people who worked to promote and strengthen the Israeli-Azerbaijani friendship.

- Sometimes it is said that the friendship between the two countries is based on economic interests. How true is this approach?

- Our relations have further strengthened following the conflict. Military and economic interests are not the cause here. No! Our relations are cemented on the basis of friendship. Some claim that you have your own interests in friendship, they sell oil, you sell weapons, and so on. No, not at all. Both nations are consolidating their ties of friendship for various reasons. In Israel, people were really worried last year and supported Azerbaijan. We understand that Jewish people live very well in Azerbaijan - a Muslim country. It is an example for many countries. Such cases do not even exist in most countries such as in Russia and even in the northern Caucasus. I know very well that not only Russians and Jews but also people of all nations are welcomed warmly in your country. Such factors are essential for Israel as a democratic state. It is important for us that being democratic and tolerant state, Azerbaijan is developing and trying to be a leader in all fields. I believe that Azerbaijan will achieve many successes in the future. Such facts are necessary for Israelis. Russian-speaking Jews knew all these nuances. Only those who speak in Hebrew were informed about it. Therefore, I believe that we further strengthen our relations because of this friendship. Issues such as what is Azerbaijan for us, who are Azerbaijanis, what kind of country is it and so on were on the agenda. People had many questions about the past conflict. So, We were able to convey important information about Azerbaijan to the general public. We demonstrated the significance of the friendship, mutual relations and close adherence between these two countries.

- How did Israeli people react to the end of occupation?  What can you recommend to Azerbaijan as an experienced country in these issues?

- We are glad that justice has been restored. Everything is going well, your work is going on normally. However, we must not forget that, as they say, the enemy is awake and the world is going through different global processes and changes! It is unknown what, where, how it moves … No one must forget his/her rights and truths. It is always necessary to convey it to the public. It is necessary to educate our people in the spirit of patriotism. Additionally, friendly relations should be established with neighbours. Not only neighbours but all European countries, the United States, Israel and Muslim countries must maintain friendly relations and establish warm ties. Azerbaijan is doing well in this regard.

- How would you evaluate the recent processes on Azerbaijan’s southern borders?

- As I am Jewish, I would not like to interfere in the disagreements between Azerbaijan and Iran. Because as two Muslim countries, there must be friendly relations among your countries. They are your brothers. I would like to see peace and tranquillity between these countries. And all such conflicts do not benefit us! Again, many will start to think that this disagreement or conflict is serving the interests of Israel, considering arms issues and others. These are ridiculous. Because in this region, like in the Middle East, any conflict indicates many other different factors and does not promise anything positive. It could turn into a global conflict. Therefore, Israel, as a neighbouring country that is not far from Iran and Azerbaijan, is not interested in such conflicts. We would be very happy if there was peace in the region. We would like to have such friendly relations with Iran even though they constantly threaten us. I have personally witnessed different threats from the Iranian side. However, the recent events also prove this fact. But it does not matter. The main thing is to establish peace in the region and prevent any new war.

- Why did Iran cause tension in the region where stability has been recently achieved?

- In my opinion, there is a struggle over influencing certain areas. There are big countries in the region - Turkey, Russia. Iran itself is also on this list. If we look at the depths of history, we can see that in time they had also had a great influence on the region. Therefore, they still have imperial ambitions. As they do not want to lose their influence in the region, so they strive for it.
You may ask why Iran's influence seems terrible not only to us but to many? Because now if we look at the countries of the region - Turkey, Russia, we see that everything is going well in them. For instance, Turkey is a democratic country, they work closely with many countries on different continents. Of course, we are not afraid of anything in this regard. On the other hand, if we watch the processes inside Iran, we notice the persecution, pressure and repression against the local people. We should not forget in which conditions many Azerbaijanis live in Iran. As they say, this situation "does not look sweet" for them ... We know everything very well. Therefore, we should be careful about Iran's desire to influence. The main reason is that Iran does not show any willingness to consider democratic tendencies that has established a complete dictatorship and does whatever it wants. There are constant social punishments. Everyone is observing this, and it is clear that Tehran is now trying to influence the whole region in such an absurd way. Hence, we would not want to witness Iran's influence in the region. In a nutshell, no one really needs to see this struggle over the influence. But what can be done? If there is such aggression from Iran, then it is necessary to protect itself.

- What is Israel's position on the recent events? Are the people stand by Azerbaijan in this issue as well?

- Once again, I want to repeat that Israel would not want to see any serious conflict in the region. However, the position of Israel and the people is clear. We will, of course, stand by Azerbaijan! I am 100 per cent sure that the diaspora organizations in Israel will support Azerbaijan, too. Israel will provide support in many spheres, such as trade, military support and economic development. When it comes to propaganda, we will take similar measures if any problem arises, as we stood by Azerbaijan during the Second Karabakh War. But we really hope that there will be no serious conflict and all disputes will be resolved peacefully.

- In your opinion, does Iranian officials’ accusations against Israel sound weird in terms of the tensions?

- The Iranian side has recently started to accuse Israel of the new conflict. Of course, this is nonsense. We all understand that Iran does not have the courage to stand against Turkey. Everyone knows that Israeli has nothing to do about this new tension. They just needed to blame someone else for all this and selected Israel as a target. They are trying to aggravate the situation not only for you but also for us by diverting attention from the main problem. Of course, Tehan is the problem itself. It is futile to make such attempts to accuse Israel and its people. All these provocations show their incompetence, cowardice and weakness. Therefore, I am sure that no one takes what they say seriously.