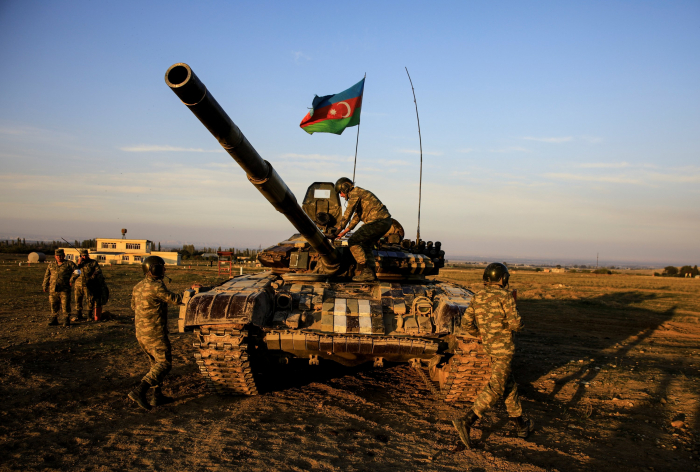 The Azerbaijani Army launched a counter-offensive operation, later called the "Iron Fist", on September 27, 2020 in response to the large-scale provocation of the Armenian armed forces along the frontline, AzVision.az reports.

AzVision.az presents the chronicle of the twelvth day of the Second Karabakh war:

- the ministry of defense of Azerbaijan reported that the Armenian armed forces have been shelling the villages of Goranboy, Terter, and Aghdam regions since the early morning hours. There were killed and wounded. As a result of rocket attacks by the Armenian army in Ganja, several civilian objects, one car and residential buildings were damaged.

- 10 shells fired by Armenians from Smerch MLRS were found in Goranboy.