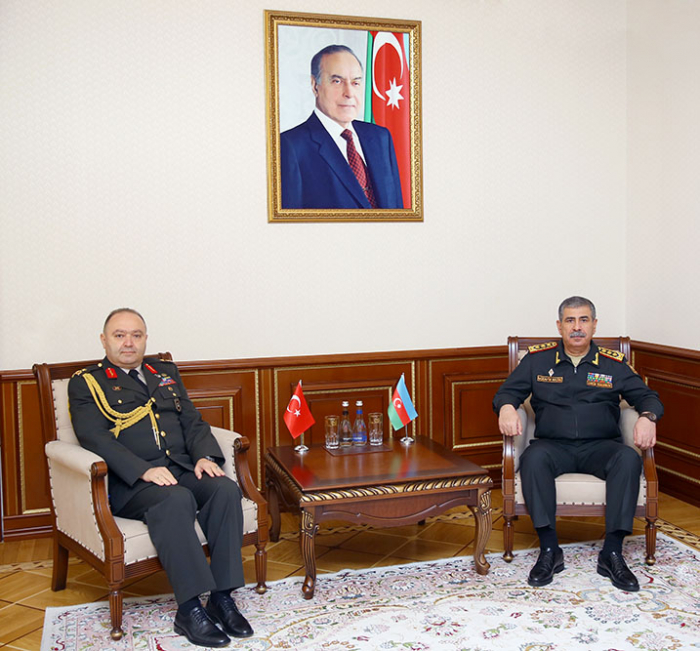 On October 8, the newly appointed military attaché of the Republic of Turkey to the Republic of Azerbaijan, Major General Zakaria Yalcin, was introduced to the Minister of Defense, Colonel General Zakir Hasanov, the Defense Ministry told AzVision.az.

The minister congratulated the newly appointed military attaché on his appointment in Azerbaijan and wished him success in expanding military cooperation between the two countries.

Major General Z. Yalcin expressed satisfaction with his work as a military attache in Azerbaijan, noted he would spare no effort to develop Azerbaijani-Turkish relations, especially in the military field.

It was noted that all relations between Azerbaijan and Turkey, including military cooperation, are based on brotherhood and friendship.