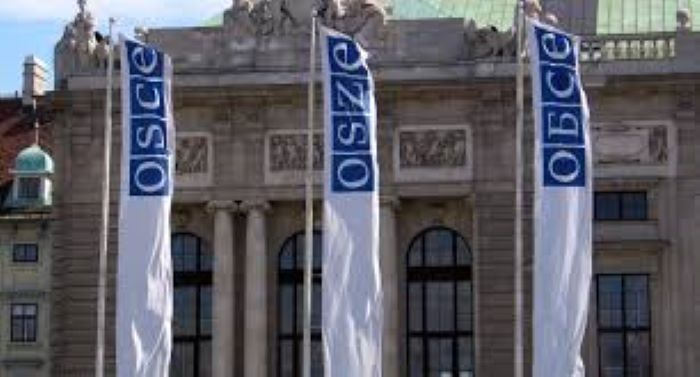 "The Co-Chairs held consultations with UN High Commissioner for Refugees Filippo Grandi and International Committee of the Red Cross (ICRC) Vice President Gilles Carbonnier in Geneva 7 and 8 October. The Personal Representative of the OSCE Chairperson in Office (PRCiO) Andrzej Kasprzyk also participated in the meetings," the statement said.

The statement noted that in the light of the recent constructive meeting between the Foreign Ministers of Armenia and Azerbaijan on the margins of the UN General Assembly, the Co-Chairs welcomed Azerbaijan’s release of one Armenian serviceman and also discussed possible de-escalatory and humanitarian measures.

The Co-Chairs emphasized their intention to continue working with the parties to find areas of agreement.

"The Co-Chairs have taken positive note of President Aliyev’s and Prime Minister Pashinyan’s public statements expressing their readiness in principle to meet with each other under the auspices of the Co-Chairs. The Co-Chairs look forward to engaging the sides on modalities and details of such a meeting and reiterate their willingness to visit the region in the near future to discuss next steps in the process," the statement said.

On October 6, Azerbaijan returned to Armenia the serviceman Artur Davitian who went missing on August 22, 2021, on the border of the two countries, Coordinator of the Information Center for Azerbaijani Captives and Hostages Ahmad Shahidov said.

Earlier, the Armenian Defense Ministry said that on August 22 at about 21:00 (GMT+4) Senior Lieutenant Artur Davitian left the place of permanent deployment without the permission of the higher command. After a while, contact with him was lost.