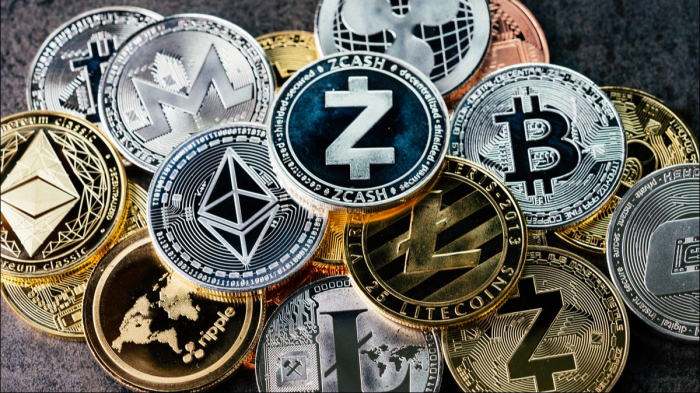 This “mainstreaming” of blockchain applications marks the end of the first stage of the technology’s development. Now, with the help of regulators in a range of countries, cryptocurrency is entering the next phase of its evolution: becoming an investable asset.

Regulators around the world are cracking down on cryptocurrencies. China has banned them. The United States is considering a range of measures aimed at reining them in. The Bank of England is developing capital requirements for financial institutions that hold them. But, far from spelling disaster for the crypto industry, regulation is vital to its long-term prospects.

The crypto market’s development began with what can best be described as the “product innovation” stage. Blockchain technology enabled people to approach old questions (What is money? How can art be created and valued?) in new ways. This resulted in highly visible applications, such as virtual currencies and tokenized artworks. But it also enabled less glamorous innovations in a wide range of areas, from tracking container shipments to improving the integrity of health-care records.

Will blockchain’s impact be revolutionary? It depends what you consider a “revolution.” Northwestern University’s Robert Gordon, for example, questions whether the impact of more recent technological innovations will be as far-reaching as that of previous breakthroughs. Will smart phones prove to be as important as electricity? Will e-commerce be as transformative as steam power? Can the internet’s impact compare to that of radio and the telegraph?

Revolutionary or not, blockchain will undoubtedly have a significant impact on a variety of traditional industries as it spurs the creation of new companies, products, and applications. In fact, that is already happening. This “mainstreaming” of blockchain applications marks the end of the first stage of the technology’s development.

Now, cryptocurrency is entering the next phase of its evolution: becoming an investable asset. To be sure, cryptocurrencies are already an asset, with a market capitalization of around $2 trillion. But it is a market marred by fraud, scandals, insider trading, pump-and-dump schemes, and other shady or illegal activities.

This is the case even for the “safest” cryptocurrencies, stablecoins, which are supposed to be backed by hard currency. In fact, Gary B. Gorton, my colleague at Yale, and Jeffery Zhang, a member of the US Federal Reserve System’s Board of Governors, compare stablecoins to the private banknotes that were circulated during America’s “free-banking era,” from 1837 to 1862, when any bank could issue its own currency. With regulations porous or nonexistent, the private money was prone to wild price fluctuations and panics.

If stablecoins are barely regulated, the rest of the crypto market is the Wild West. This is perhaps the most serious impediment to the cryptocurrency industry’s development. Clear rules of the game are essential if the industry is to attract significant institutional money.

As it stands, large institutional investors either shy away from the sector or dabble in it in “venture-capital mode,” investing at an individual-company level. If they are to start regarding cryptocurrencies as an alternative asset class – like fiat currencies, commodities, or derivatives – three conditions must be met.

First, there must be clean and reliable data. Here, the cryptocurrency market has made important strides. Although financial information remains imperfect and incomplete, many data providers now go beyond pricing data, at least for the largest cryptocurrencies. Key players in the traditional finance sector – such as the S&P Dow Jones, with its Digital Market Indices portfolio – provide an important methodological benchmark for constructing such data and ensuring its credibility.

Second, we need research that facilitates a deeper understanding of cryptocurrencies as an asset class. Academic research has underpinned the creation of a number of new asset classes, such as derivatives and index funds, not to mention investment approaches like factor investing. Now, important progress is being made on cryptocurrencies.

The third condition is a credible regulatory framework. As it stands, such a framework remains nascent, not least because regulating cryptocurrencies presents significant challenges. Some are conceptual and require the development of new theories, or the modification of existing ones, in accounting and law. Others are practical: for example, while the records of all transactions are public, the identities of the parties executing the trades are difficult or impossible to ascertain. And virtually all of these considerations are global, meaning that regulators in most major countries (at least) will need to coordinate their oversight efforts without stifling innovation.

Once these challenges are overcome, and an effective regulatory framework is put in place, cryptocurrencies will come of age. The attention-grabbing, experimentation-heavy teen years will be followed by the establishment of a more predictable version of the crypto market in which cryptocurrencies represent a credible asset class.


Aleh Tsyvinski is Professor of Economics at Yale University.