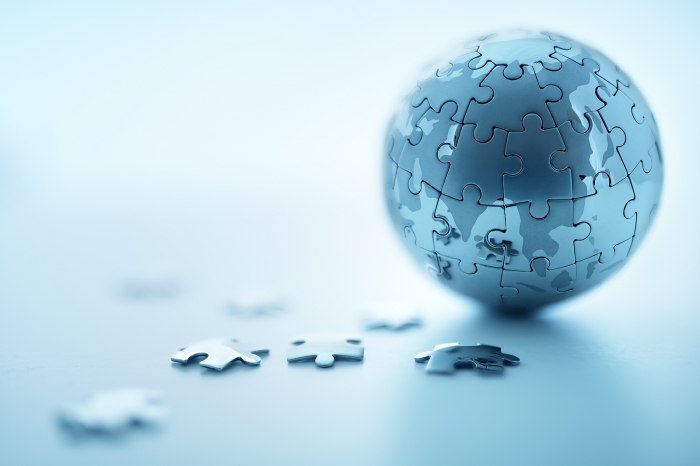 The shift in global power to new (and more) actors has made the need to reform global institutions increasingly obvious. At last month's UN General Assembly meeting, world leaders advanced distinct approaches to the international order and its future.

The post-World War II global institutional order is obsolete. This is not a recent development: the need for reform has been apparent for a long time. And yet, the necessary transformation is more comprehensive than many realize and more urgent than ever.

The reasons are not difficult to discern. Power is being transferred to new (and more) actors. Non-state actors have gained more influence. And international cooperation has shifted from a hard-law approach, based on clear rules and treaties, to one based on soft law and self-regulation, exemplified by the 2015 Paris climate agreement, which relies on Nationally Determined Contributions.

To maintain stability amid such changes, while upholding cooperation in crucial areas (such as non-proliferation and climate change), we must fundamentally rethink existing approaches and structures. Last month’s start of the United Nations General Assembly’s 76th session (UNGA 76) offered useful insights into where this process – and the international order itself – stands.

Beyond the grand declarations and predictable to-do lists, UNGA 76 has included visions of the “international order” and its future. Those visions fall into five categories: Standard Bearers, Ambivalent Actors, Smooth Operators, Disruptive Strategists, and Renewers.

Not surprisingly, the Standard Bearers were represented by the European Union. Insofar as it exists only in law and by law, the EU is the leading champion of the post-1945 rules-based order. It also seeks to become a values-based, regulatory superpower – a kind of “world referee”-cum-player.

This was apparent in European Council President Charles Michel’s UNGA speech, which highlighted the EU’s leadership in global, rules-based initiatives, and called for the UN system to “get back to basics,” by which he meant “an international order based on rules.” And yet, the EU’s stance is not without contradictions. The Nord Stream 2 gas pipeline, bringing Russian supplies directly to Germany, is difficult to square with EU rhetoric, as is the recent French-Greek defense pact.

The Ambivalent Actors are represented now, as always, by the United States. Yes, the US led the creation of the current international order, and has remained its defining actor for decades. But America has also often been loath to ratify the agreements it was so quick to sign. Recall that the US voted against official membership in the UN’s precursor, the League of Nations, even though it was the brainchild of President Woodrow Wilson.

Today, US President Joe Biden is eager to convince the world that “America is back” at the center of the international order, following four years of Donald Trump’s “America First” approach. “To deliver for our own people,” he declared in his UNGA speech, “we must also engage deeply with the rest of the world. To ensure our own future, we must work together with other partners – our partners – toward a shared future.”

And yet, the US is at least as polarized as it has ever been, and the Biden administration continues to advance a policy of great-power competition with China. In fact, much of Biden’s speech was implicitly addressed to his Chinese counterpart, Xi Jinping. “Make no mistake,” he declared, “the United States will continue to defend ourselves, our allies, and our interests against attack” and “to defend our vital US national interests, including against ongoing and imminent threats.”

Xi, the ultimate Smooth Operator, took a different tack. In his video message to the UNGA – he hasn’t set foot outside of China since the pandemic began – Xi distanced himself from his recent “wolf warrior speeches” and said what the world would want to hear. Advancing a vision of China as a “builder of world peace” and a “defender of the international order,” he spoke of “solidarity,” “win-win cooperation,” and “true multilateralism.” Xi clearly knows how to use the language of international law to his advantage, though Westphalian sovereignty is the one principle he truly embraces.

Last but not least are the Renewers, with India leading the charge. In his speech, Prime Minister Narendra Modi characterized India as the “mother of democracy,” with “a great tradition of democracy” lasting “thousands of years.” Modi’s dissociation of Indian democracy from the legacy of British colonialism hinted at a growing effort – evident, in different forms, in a number of speeches by leaders of mid-level powers – to breathe new life into old institutions.

Many observers have been quick to view new alliances, pacts, and approaches to cooperation as a signal that a new global non-order is emerging from the remnants of the postwar liberal order. For them, the destructive or unconvincing visions put forward by some world leaders at the UNGA might seem to reinforce this view.

The Standard Bearers need to foster an honest, unbiased dialogue with the Renewers (and, obviously, with the US) to chart a course that does not imply merely sticking to the fraying strands of the fragmented liberal order, but rather envisions meaningful and thoughtful reform, adapted to the world of today. The EU should be at the forefront of this effort.

Ana Palacio, a former minister of foreign affairs of Spain and former senior vice president and general counsel of the World Bank Group, is a visiting lecturer at Georgetown University.