Will China Stand in the Way of Global Health? - OPINION 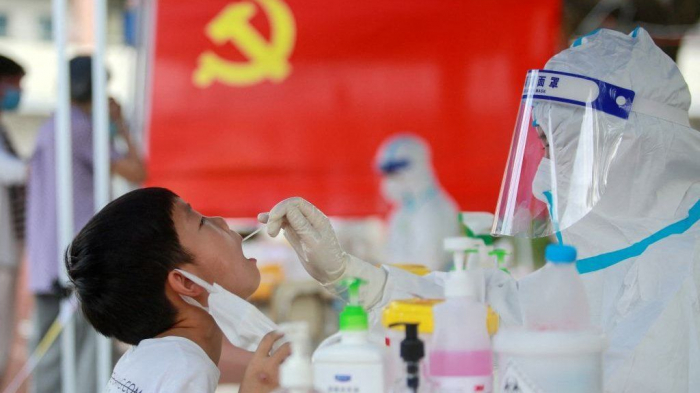 As the current president of the G20, Italy has taken up a proposal to create a Global Health Board, modeled on the highly successful Financial Stability Board that was created in response to the 2008 financial crisis. By opposing the idea, China is showing that it isn't ready for global leadership.

Last month, I lamented that the leaders of the BRICS countries (Brazil, Russia, India, China, and South Africa) seem incapable of agreeing on coordinated policies that would benefit their own economies and the world. Now, I want to focus on a specific example that helps to illustrate the BRICS’ role – and that of China, in particular – in weakening global governance.

Since this time last year, I have been a commissioner on the World Health Organization’s independent Pan-European Commission on Health and Sustainable Development, which is chaired by former Italian Prime Minister Mario Monti. In our final report, published last month, one of our central and most exciting recommendations was for the G20 to create a new Global Health Board (GHB), following the successful model of the Financial Stability Board (FSB) that was established in response to the 2008 financial crisis.

After lying mostly dormant since its creation in 1999, the G20 sprang to life in 2008-09, proving to be the ideal body for managing the global financial crisis. Because it brought together all the important “emerging economies,” including the BRICS, Argentina, Mexico, Saudi Arabia, and Turkey, it was the most significant positive development in global governance so far this century.

At the G20’s initial 2008 meeting, the participants agreed to introduce the forerunner of the FSB, a body composed primarily of G20 central bankers and finance ministers. This new body’s primary function would be to ensure that the global financial system was capitalized sufficiently to prevent anything like the 2008 crisis from happening again. In essence, this meant that a bank’s capital should be there to support its customers, not the bank itself.

Importantly, the establishment of the FSB did not require any new organization or structure. Country representatives who were already in place were simply used more efficiently to carry out a specific, clearly articulated task. And because it was not created merely to serve the G20 members’ needs, the FSB soon came to include representatives from many non-G20 emerging economies.

There are direct parallels with the current global health crisis. It is obvious that the world needs a more effective health surveillance system to minimize the likelihood of another pandemic. It is equally obvious that the world needs an emergency financing system that can be activated immediately in response to global threats from viruses or other dangerous pathogens.

Having led the United Kingdom’s independent Review on Antimicrobial Resistance – which warned that AMR could cause ten million deaths per year and cumulative losses of $100 trillion by 2050 – it has long been clear to me that existing public-health and financial institutions are not oriented to monitor global-scale health risks. Establishing a GHB to focus wholly on this issue thus seems like a no-brainer.

Ultimately, the world might even need a Global Public Goods Board, whose remit would include not just public-health threats but also issues such as climate change. For now, though, a body to address the catastrophic loss of life and ongoing economic disruptions from COVID-19 is urgently needed.

As with the FSB, the GHB would not require that any new organization be created. It would be staffed by people who are already in place working on the relevant issues in national ministries of health and finance. It would also include key representatives from the International Monetary Fund, the World Bank, the WHO, the UN Food and Agriculture Organization, the UN Environment Programme, and perhaps several important NGOs such as the Global Fund.

My co-panelists and I have been pleased to see our GHB proposal enthusiastically endorsed by many G20 members, not least the United States, the UK, the European Union, and Japan. The idea also has been tentatively accepted by the WHO. (Indeed, one of the GHB’s prerogatives would be to help strengthen the WHO, possibly by extending its financing beyond voluntary contributions.) And, best of all, it is my understanding that Italy, the current G20 president, will formally put the proposal on the agenda.

Yet, despite substantial support, the proposal is being opposed by the BRICS, starting with China. While China’s sensitivities to questions about the origin of the coronavirus are well known, and while global governance among countries with vastly different political and economic structures is never easy, it is hard to understand why China would oppose a GHB.

In the spirit of not letting a crisis go to waste, the GHB could put the world – especially emerging economies – on a better footing. If China wants to be treated with the respect it craves, it needs to be more open to constructive dialogue about issues that affect all 7.9 billion of us. The more it focuses on its own narrow concerns, the worse off its own people – and the legitimacy of its leaders – will be.

Jim O’Neill, a former chairman of Goldman Sachs Asset Management and a former UK treasury minister, is a member of the Pan-European Commission on Health and Sustainable Development.