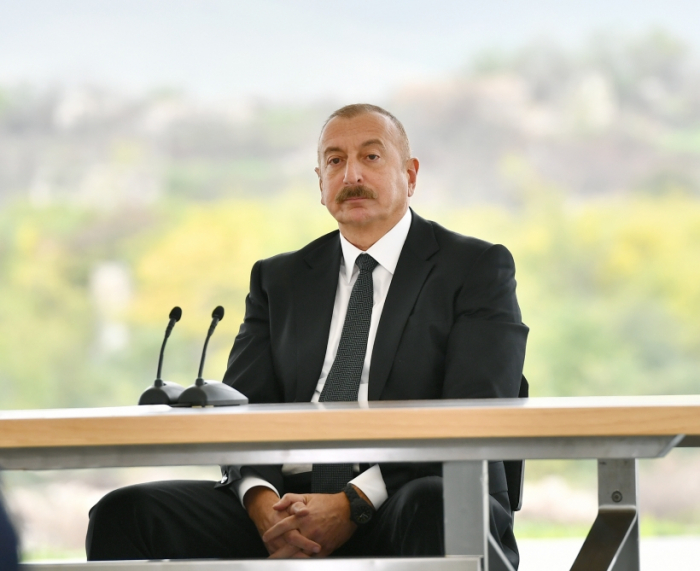 Today, Azerbaijan is an initiator and active participant in major regional and global projects, said President Ilham Aliyev as he addressed the nation on the occasion of the 30th anniversary of the restoration of independence, AzVision.az reports.

The head of state stressed that Azerbaijan pursues an independent foreign policy based on its national interests and is globally recognized as a reliable partner.

“In recent years, our economy has more than tripled, strong economic infrastructure has been created, significant progress has been made in the protection, development and promotion of our cultural heritage, education, health and other social spheres, and the material well-being of our people has improved significantly. Despite the fact that 20 percent of its lands were under occupation for almost 30 years and there were more than one million refugees and IDPs, Azerbaijan has always confidently advanced towards its goals and not deviated from its goals,” President Aliyev added.