The Case Against Economic Sanctions - OPINION 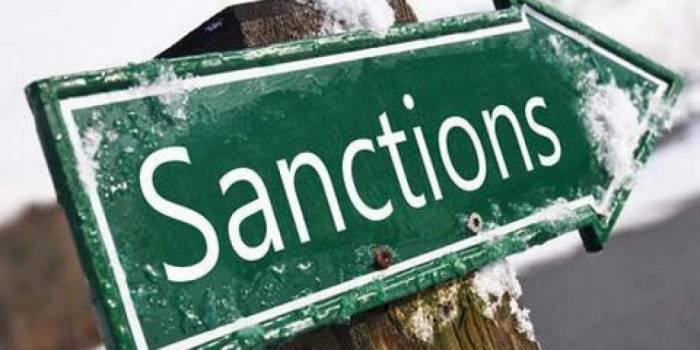 It is highly doubtful whether the increasing use of economic sanctions in international politics is just, expedient, or effective. And when proponents of these punitive measures claim that commerce is possible only between civilized people, they ignore the civilizing effect of commerce itself.

Earlier this month, US National Security Adviser Jake Sullivan accused Russia of using energy as a political weapon. In response, the Kremlin claimed that US sanctions threatened to exacerbate imbalances in the European energy market. This spat neatly highlights the increasing – and increasingly problematic – use or threat of economic sanctions in international politics.

As a tool of state pressure, economic sanctions fall short of war but are closer to it than they are to diplomacy. Yet the legal, political, and moral justifications for such measures are rarely challenged.

States have always used economics as a tool of geopolitics. The nineteenth century, when international economics was largely separated from international politics, was a brief exception to this rule: Russia even raised a loan on the London market during the Crimean War. But in the 1920s, the League of Nations formally revived the use of economic weapons against offending states. And Chapter 7 of the United Nations Charter allows the Security Council to impose economic sanctions against states threatening or breaching world peace.

The international sanctions regime has passed through several overlapping stages during the past century. At first, sanctions were intended to be a response to a state’s overtly aggressive intent or action, such as a military build-up or actual invasion of another state. The League of Nations thus imposed economic sanctions on Italy when Mussolini’s forces invaded Abyssinia in 1935.

In the next stage, humanitarian concerns came to be accepted as a ground for sanctions. For example, a government’s oppression of groups within a state might threaten to trigger “third-party” effects such as a refugee crisis. This was the legal basis for the UN’s economic sanctions against Rhodesia in the 1970s and South Africa in the 1980s.

After that, some regarded “regime change” itself as a legitimate purpose of sanctions. As then-UK Prime Minister Tony Blair argued in a 1999 speech in Chicago, “the spread of our values makes us safer.” The underlying belief here was that democracies do not start wars; only dictatorships do. Removing Iraqi President Saddam Hussein from power was thus the undeclared purpose of maintaining economic sanctions on Iraq after the 1991 Gulf War.

The most important recent development in the international sanctions regime has been the sanctioning of “specially designated” individuals and entities. Such carefully targeted measures, their advocates argue, confine punishment to the perpetrators of money laundering and other dubious practices, and thus avoid harming the rest of a country’s population. But they fall outside the UN’s remit, and are therefore imposed unilaterally by economically powerful countries or groups of countries. Unsurprisingly, the United States, the world’s dollar hegemon, has pioneered this form of sanctioning. But the European Union has followed America’s lead.

The most well known of these individualized penalties are the Magnitsky sanctions, named after the Russian lawyer Sergei Magnitsky, who accused Russian tax and law enforcement officials of defrauding Hermitage Capital Management, an investment firm he was advising, of $230 million. Magnitsky was arrested and charged with tax evasion and died in Moscow’s Matrosskaya Tishina prison in 2009, after allegedly being beaten by the police.

The US passed the Magnitsky Act in 2012 with the intention of punishing the individuals responsible. And the broader 2016 Global Magnitsky Human Rights Accountability Act “authorizes the president to impose economic sanctions and deny entry into the United States to any foreign person identified as engaging in human-rights abuse or corruption.” Other Western powers – including the United Kingdom (2017-18), Canada (2017), and the EU (2020) – have since passed Magnitsky legislation, and hundreds of individuals and firms around the world are currently being sanctioned under these laws. Separately, the European Parliament recently called for sanctions against Hungary and Poland for violating LGBTQ+ rights.

But is this sanctions creep just, expedient, and effective? As for justice, the recent increase in targeted sanctions is based on domestic, not international, law, and reflects the agreed norms of only one segment of the international community. Furthermore, such penalties are often imposed on individuals and entities with the scantiest of explanations, and without them being tried or convicted of any offense. To many, therefore, these sanctions simply look like an expression of power.

Their expediency also is doubtful. Ex parte sanctions predictably give rise to sanction wars unless they are confined to countries that cannot retaliate. In all cases, they lead to sanctions-busting and thus enhanced international surveillance and enforcement measures.

Following the West’s sanctioning of Russian officials for alleged rights abuses in Chechnya, the US, Canada, the EU, and the UK imposed asset freezes and travel bans on Chinese officials involved in the mistreatment of Uyghurs in Xinjiang. Russia and China have joined together in condemning the West for starting a new “cold war,” and China in particular has plenty of ammunition with which to retaliate. Do we really want the world to be divided into economic blocs of sanctioners and retaliators?

The question of economic sanctions’ effectiveness is probably the hardest to answer because there is no agreed measure of success. Many assume that they are a relatively costless way of bringing about morally beneficial regime change, or changes in a regime’s behavior. This may be true in some cases. But the overwhelming evidence suggests that economic sanctions have such effects only in conjunction with military intervention – meaning that they are usually an accompaniment to war rather than an alternative to it. So, we should be extremely wary about imposing sanctions for moral reasons.

There is, after all, another peaceful model for bringing about improved international and domestic behavior. Montesquieu, Adam Smith, Richard Cobden, and many others argued that the exchange of goods, people, and ideas has pacifying effects. Sanctions work directly against this. When proponents of these punitive measures claim that commerce is possible only between civilized people, they ignore the civilizing effect of commerce itself.


Robert Skidelsky, a member of the British House of Lords, is Professor Emeritus of Political Economy at Warwick University. The author of a three-volume biography of John Maynard Keynes, he began his political career in the Labour party, became the Conservative Party’s spokesman for Treasury affairs in the House of Lords, and was eventually forced out of the Conservative Party for his opposition to NATO’s intervention in Kosovo in 1999.