The Trumping of France - OPINION 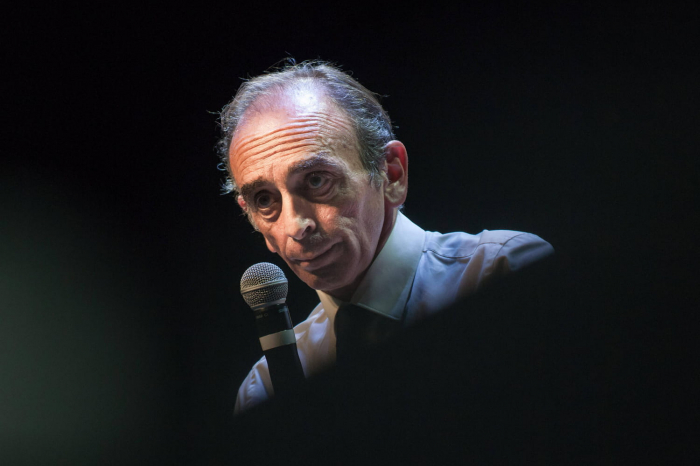 Without even saying whether he will run in next year’s French presidential election, Éric Zemmour, the French far-right essayist and television talking head, has given all of the other parties much to worry about. Whatever he decides, the campaign is already certain to focus on the divisive issues that extremists favor.

According to a new poll that sent shockwaves through France, Éric Zemmour, the far-right essayist and television talking head, would get 17% of the vote were he to run in the upcoming presidential election. That puts him in second place, ahead of Marine Le Pen of the far-right National Rally.

At least 15 million people today are stateless, and millions more are threatened with national exclusion. The issue of statelessness thus demands urgent attention, as do works of history that shed light on the problem.

Known since the early 2000s for his popular television appearances and regular column in the conservative newspaper Le Figaro, Zemmour has become an important player in a political game that he hopes to destabilize – though he remains vague about his own possible presidential bid. His political megaphone is CNews, an influential TV channel backed by the billionaire Vincent Bolloré, a major owner of the Vivendi group. Although its top-rated programs do not usually attract more than 800,000 viewers, CNews has doubled its audience in four years, putting it in second place among France’s four 24-hour news channels.

The company’s business model combines topical news coverage with commentaries and debates that simplify complex issues, often featuring extreme positions. The key to both CNews and Zemmour’s recent success is that they have absorbed a lesson from Donald Trump: be extreme and provocative. Zemmour’s latest high-profile outburst, for example, was to call for a ban on “foreign” names like Mohammed.

While the French far right has been fixated for the past 30 years on Islam, immigration, educational failures, and the alleged decline of French civilization, Zemmour’s extremist rhetoric has brought these issues to the fore. “Extremist” is no understatement: in recent years, Zemmour has been convicted twice for hate speech and inciting racial violence.

Zemmour emphasizes all the same incendiary topics in his new book, La France n’a pas dit son dernier mot (France Has Not Said Its Last Word). By conflating Islam and Islamism, he hopes to stigmatize the entire religion and stoke opposition to immigration. He contends that Muslim immigrants will “swamp” and overwhelm Europe’s native inhabitants, and that the “Islamization of city streets” by the new “colonizers” threatens the survival of the French nation. “No small town, no small village in France is safe from savage groups of Chechen, Kosovar, Maghreb, or African gangs who steal, rape, pillage, torture, and kill,” he writes.

Zemmour wants these themes to be at the center of the debate in the presidential election next spring. France’s broadcasting regulator, le Conseil Supérieur de l’Audiovisuel (CSA), has already decided to treat him as a candidate, tracking his TV airtime so that he cannot claim more than other candidates.

The Zemmour phenomenon worries French political parties across the political spectrum, though not for the same reasons. It concerns Le Pen because she hopes to be the candidate representing the far right. Traditionally, the protest vote in France has been divided between populists and abstainers, and at least until the 2017 election, this tendency mainly favored her party.

To present herself as a legitimate presidential candidate in 2017, Le Pen moderated the party’s message and distanced herself from her father (the party’s founder and former leader) and his reactionary, racist, and anti-Semitic rhetoric. The following year, she even changed the party’s name. But moderation hasn’t played well with much of her base, a significant share of which has fled to Zemmour. A poll published on September 28 indicated that support for Le Pen was at around 16%, down from 28% in the first round of the 2017 presidential election.

Zemmour also worries the traditional center-right party, Les Républicains. Whereas many French conservatives would be embarrassed to vote for National Rally in light of its anti-Semitic past, they might view Zemmour, a Sephardic Jew, as an acceptable spokesman for the contemporary right’s position on immigration.

Even more misleading, Zemmour has also been posing as a champion of Gaullism, taking up three of Charles de Gaulle’s favorite themes: national independence, social policy, and the idea of Christian France. By playing on the fluid boundaries between the right and the far right, he is taking votes from the Republicans that Le Pen never could have hoped to win.

But while a Zemmour candidacy could hurt the right, it also could serve it. If Zemmour undercuts Le Pen, another right-wing candidate, such as Xavier Bertrand, a current favorite in opinion polls, could prevail as the challenger to President Emmanuel Macron in the election’s second round. Macron would have much more to worry about in a runoff against Bertrand, a candidate who could claim broad support, including from leftist and centrist voters who want to prevent a second Macron term at all costs.

Macron could also be hurt by the negative effect that far-right themes will have on the overall debate. He will want to highlight his economic and social achievements, his education measures, and his pro-European convictions. But that will not be easy when campaigning against an opponent who has only “Islam” and “immigration” on his lips.

It remains to be seen whether Zemmour will run. Some analysts doubt that he can muster the necessary endorsements from at least 500 mayors. But the 17% of French voters who support his candidacy cannot be ignored. A significant share of the public is clearly disillusioned with the current crop of political elites.

Whatever Zemmour decides, he, along with CNews and other right-wing media outlets, have changed the debate, forcing all candidates to focus on immigration and crime. Macron, too, has had to adjust, reflected in his decision to impose tight restrictions on visa authorizations for Moroccan, Algerian, and Tunisian nationals. Without yet becoming a candidate, Zemmour is already a force in next year’s election.


Benedicte Berner, a political scientist, has lectured in media and democracy at Harvard University and Sciences Po.