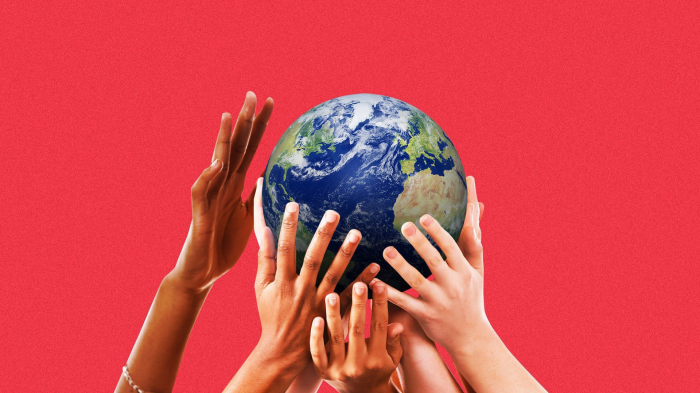 UN Secretary-General António Guterres’s proposed 2023 Summit of the Future should be welcomed when the General Assembly convenes again on October 25 to discuss Guterres’s “Our Common Agenda” recommendations. The summit might be the last best chance to reform the UN to keep pace with today’s interconnected global challenges.

The world faces a range of serious threats – from exclusionary nationalism to great-power competition to growing inequality – that are preventing the international community from working together to solve other complex challenges, such as the distribution of COVID-19 vaccines and the accelerating pace of climate change. But global crises require global solutions, and with his highly anticipated report, Our Common Agenda, UN Secretary-General António Guterres has outlined a new vision for multilateral cooperation.

Written in response to the commitments endorsed at last year’s 75th UN General Assembly, Our Common Agenda is a clarion call for better and more inclusive global governance – the kind needed to build a greener, more equitable, and more secure future. Unusual in length, substance, and scope for a UN report, it offers a set of promising ideas for a bold, yet pragmatic, strategy for transformation.

Guterres’s recommendations place a premium on accelerating the implementation of existing international agreements, beginning with the 2015 Paris climate agreement and the 2030 Agenda for Sustainable Development. Beyond these important initiatives to protect our global commons, establishing a new forum for managing them has become a moral and practical imperative. Guterres breaks new ground here by calling for the all-but-defunct UN Trusteeship Council to be repurposed to oversee the governance of the ocean, atmosphere, and outer space. This revitalized body also would be responsible for improving the delivery of public goods and responding to global threats.

Moreover, Guterres has endorsed Club de Madrid’s proposal for a World Social Summit in 2025 to examine the causes of rising poverty, take stock of the developments that have contributed to income disparity, and encourage policies needed to ensure a more equitable society. The discussions at the summit should build momentum for the full implementation of the Sustainable Development Goals and ensure that post-COVID economic development is broad-based and green.

A new global social contract to address poverty, growing inequality, and the worsening climate crisis will require the involvement of civil society, and Guterres is right to emphasize its role in achieving greater international solidarity. He also notes the need to support the growing contribution of citizens to collective action within and across borders. It is encouraging that Our Common Agenda proposes dedicated civil-society focal points within all UN entities.

But more is needed. Two recent civil-society initiatives – We The Peoples Call for Inclusive Global Governance and Together First – proposed a senior-level UN Civil Society Envoy, reporting directly to Guterres. Such a position would ensure harmonization, high-level reporting, and even greater system-wide access for civil-society organizations in UN decision-making and programming.

Realizing Guterres’s ambitious agenda for more inclusive, networked, and effective multilateralism requires an orchestrated strategy. The goal must be to rebuild and enhance citizens’ confidence in their common institutions, so that the global system can act more effectively on the major issues confronting the international community. Guterres’s initiative to convene a Summit of the Future at the start of the 78th General Assembly in September 2023 is a good start toward upgrading the global-governance architecture.

As part of the preparations for the summit, we support the secretary-general’s call for a high-level advisory board led by former heads of state or government. The goal of this body would be to identify the global public goods most in need of governance improvements. The advisory board would also bring a balanced political perspective to the preparations.

At the same time, consultations leading up to the summit could help refine Guterres’s proposals on an Agenda for Peace, a Global Digital Compact, a Declaration on Future Generations, and a new Emergency Platform for convening key actors worldwide to respond to complex crises. Each of these – as well as the related, far-reaching global-governance innovation proposals that we have been supporting – merit serious consideration by UN member states and together form the basis for an ambitious, two-year multi-stakeholder undertaking, culminating in the 2023 summit.

We urge world leaders to pay attention to the secretary-general’s vision for the future and the related recommendation of 50 former government ministers and senior UN officials for “a dedicated intergovernmental process” to “strengthen and reform the legal and institutional machinery of the UN system.” By mobilizing diverse actors worldwide – including policymakers, activists, academics, and business people – the international community can ensure that the mandate to collectively shape “the future we want” adopted at last year’s General Assembly becomes a reality.


María Fernanda Espinosa, a former president of the UN General Assembly, is Co-Chair of the Coalition for the UN We Need steering committee.

Danilo Türk, a former president of Slovenia, is President of the Club de Madrid, an organization of more than a hundred former democratically elected presidents and prime ministers.

Read the original article on project-sydnicate.org.