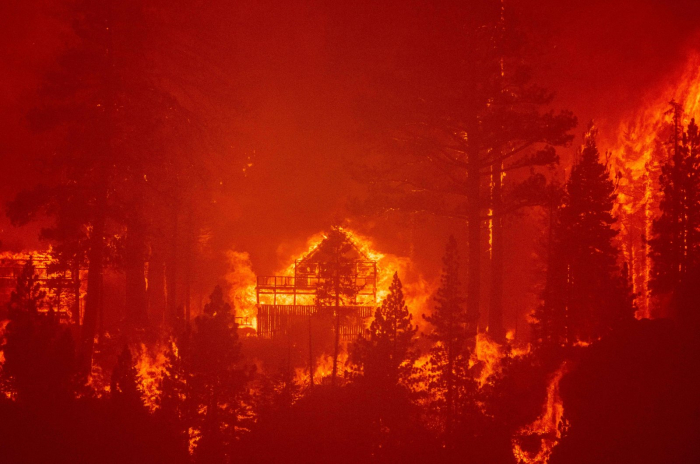 The past seven years are on track to be the warmest on record, with the global sea level rise accelerating since 2013 to a new high in 2021, the World Meteorological Organization (WMO)'s latest report revealed on Sunday, AzVision.az reports citing Anadolu Agency.

The WMO released its provisional report on the State of the Global Climate 2021 on the opening day of the 26th session of the Conference of the Parties (COP26) to the United Nations Framework Convention on Climate Change, which will be held in Glasgow, Scotland, until Nov. 12.

Combining input from multiple UN agencies, national meteorological and hydrological services, and scientific experts, the report said this year witnessed an early temporary cooling event, but this did not negate or reverse the long-term trend of rising temperatures.

"The report draws from the latest scientific evidence to show how our planet is changing before our eyes. From the ocean depths to mountain tops, from melting glaciers to relentless extreme weather events, ecosystems and communities around the globe are being devastated," UN Secretary-General Antonio Guterres said in the report. "COP26 must be a turning point for people and the planet."

He said the scientists are clear on the facts. "Now leaders need to be just as clear in their actions. The door is open and the solutions are there. COP26 must be a turning point. We must act now with ambition and solidarity to safeguard our future and save humanity," he urged.

The global mean temperature for 2021 was about 1.09 degrees Celsius above the 1850-1900 average based on data from January to September, indicating that the trend has continued, according to the report.

The six datasets used by the WMO in the report placed 2021 as the sixth or seventh warmest year on record globally. However, the report said, the ranking may change at the end of the year.

The year 2016 remained the warmest year on record in most of the datasets analyzed.

"Extreme events are the new norm. There is mounting scientific evidence that some of these bear the footprint of human-induced climate change," WMO Secretary-General Petteri Taalas said.

He warned that the current rate of increase in greenhouse gas emissions would result in a temperature rise of more than 1.5 degrees Celsius (2.7 degrees Fahrenheit) above pre-industrial levels by 2100, exceeding the Paris Agreement targets of 1.5 degrees Celsius.

"COP26 is a make-or-break opportunity to put us back on track," Taalas said.

According to the report, around 90% of the earth's accumulated heat is stored in the ocean, and the upper 2,000 meters depth of the ocean continued to warm in 2019, reaching a new record high, however, 2020 exceeded it.

"All datasets agree that ocean warming rates show a particularly strong increase in the past two decades, and it is expected that the ocean will continue to warm in the future," it said.

Much of the ocean experienced at least one strong marine heatwave at some point in 2021, the WMO said.

The ocean absorbs around 23% of the annual emissions of anthropogenic CO2 to the atmosphere.

The WMO said the increase is mostly due to the accelerated loss of ice mass from glaciers and ice sheets.

"An exceptionally warm, dry summer in 2021 in western North America took a brutal toll on the region's mountain glaciers," the report stated.

From extreme rainfall to significant drought in many parts of the world this year, the report said the extreme weather conditions led to deaths, caused flooding and landslides, damaged coffee growing regions, increased agricultural losses.

A malnutrition crisis associated with drought gripped parts of the Indian Ocean island of Madagascar, the WMO said.

"The compounded effects of these perils, further exacerbated by the COVID-19 pandemic, have led to a rise in hunger and, consequently, undermined decades of progress towards improving food security," the report said.

Undernourishment reached a peak of 768 million people in 2020 with projections indicating that world hunger will fall to around 710 million this year.

However, the report said, the numbers in many countries are already higher than in 2020.