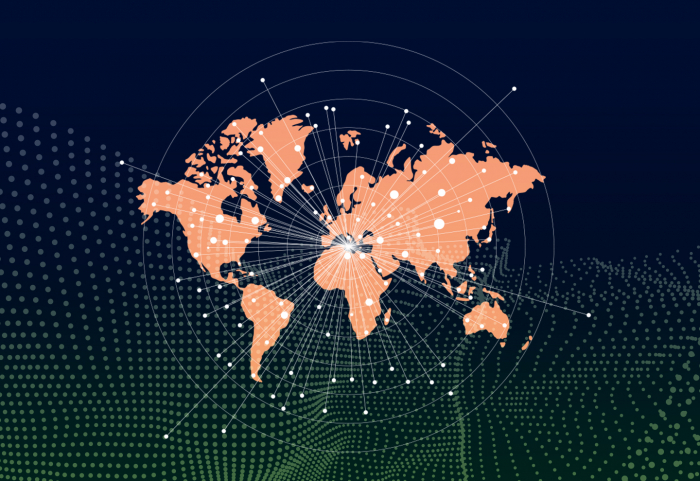 Inflation seems to be on everyone’s mind nowadays. The debate usually centers on whether America’s massive monetary and fiscal stimulus will de-anchor inflation expectations and cause prices to spin out of control. But there is another trend that could also generate inflationary pressure: deglobalization.

Deglobalization has been occurring since the 2008 global financial crisis. But the coronavirus pandemic has accelerated the trend significantly. Using data from the financial crisis, Kemal Kilic and I predict that the COVID-19 shock is likely to lead to a 35% decline in cross-border value chains – the main factor driving globalization over the last three decades.

A recent survey by the Munich-based ifo Institute supports this conclusion. The study showed that about 19% of German manufacturing firms plan to reshore production. Of these, 12% will begin acquiring inputs from German suppliers, and 7% will produce them in-house.

Rising transport costs are likely to accelerate the shift away from global value chains. During the pandemic, the cost of containers used to ship goods from Asia to Europe and the United States has risen nearly tenfold, and transport workers, facing increasingly harsh working conditions, have been leaving their jobs. Overall, the price of moving goods for businesses is up to ten times higher than it was just a year ago.

These developments have diminished the profitability of global value chains significantly. Firms embraced offshoring to take advantage of far lower wages in post-communist Europe, and in China, especially after it joined the World Trade Organization in 2001. And a revolution in the transport sector – containerization – facilitated the process by helping to keep transport costs low enough that they didn’t offset wage differentials.

Today, those differentials are smaller, and transport costs are much higher, weakening firms’ incentive to keep their activities in far-flung locations. Moreover, onshoring (or “near-shoring”) reduces their vulnerability to global shocks.

According to Charles Goodhart and Manoj Pradhan, the resulting retreat from globalization, together with population aging in China and the advanced economies, is a recipe for inflation. In their view, globalization held down prices for three decades: when production moved to low-wage countries, wages everywhere were suppressed. As cheap labor becomes increasingly difficult to find, both at home and abroad, the bargaining power of labor in high-income countries will rise, compounding inflationary pressures.

Are they right? Will consumer price inflation and wages pick up after the pandemic, as the world enters a new era of deglobalization?

The answer depends, first, on the extent to which the upheaval in the transport sector persists. If, as some observers argue, the sector is undergoing a fundamental transformation, during which costs will remain high, this could induce a wage-price spiral in rich countries, as workers seek to be compensated for rising prices.

But if firms reshore their activities, the impact of higher transport costs will be significantly diminished. Moreover, the argument that wage pressures will fuel inflation might not hold much water. After all, in many cases, firms in high-income countries can increase their use of robots, rather than hiring more expensive local workers. And, indeed, our research indicates that the reshoring of supply chains promotes the adoption of robots in high-income countries.

Robotization will also diminish the impact of demographic trends on wages. Firms have been anticipating population aging – and the associated shrinking of the labor force – since the 1990s. And, as Daron Acemoglu and Pascual Restrepo have shown, countries undergoing faster population aging have been adopting robots at a faster pace. In Germany, one of the world’s fastest-aging societies, robots per 1,000 workers increased from under two in mid-1990 to four in 2019.

Robotization will not only moderate labor scarcity; it might even offset it, leading to a labor surplus. As Acemoglu and Restrepo have pointed out, over the past three decades, automation has displaced far more workers than it has created new jobs. While this certainly carries risks for workers, especially those facing rising prices in advanced economies, it also suggests that deglobalization is unlikely to fuel a surge in inflation any time soon.

Dalia Marin, Professor of International Economics at the Technical University of Munich’s School of Management, is a research fellow at the Centre for Economic Policy Research.

Read the original article on the project-syndicate.org.