Azerbaijan is committed to guaranteeing long-term peace in the region, says FM 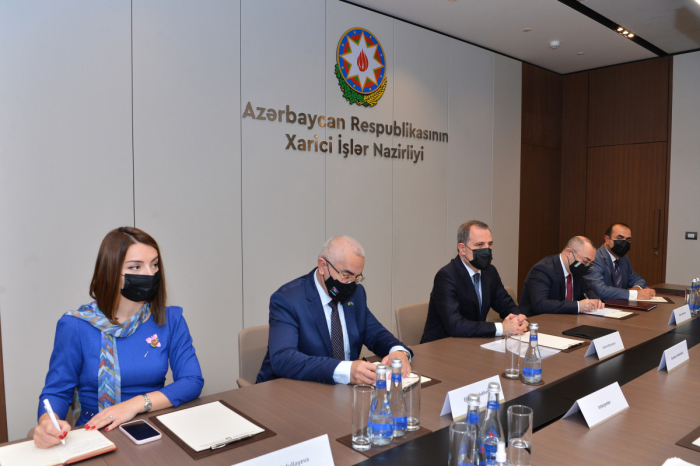 Today, Foreign Minister Jeyhun Bayramov held a meeting with Senator Antonio Anastasia, a member of the Senate of the National Congress of the Federative Republic of Brazil and head of the working group on interparliamentary relations with Azerbaijan, AzVision.az reports citing the press service of the MFA.

Jeyhun Bayramov informed the Senator about the former Armenian-Azerbaijani conflict, its grave consequences, the current situation in the region following the 44-day war, new realities in the post-conflict period, the restoration and construction of the liberated territories. Bayramov talked about the implementation of trilateral statements, including the measures taken by Azerbaijan to normalize relations between the two countries. FM also highlighted that Azerbaijan stands for long-term peace and stability in the region.

Senator Antonio Anastasia stressed that despite the geographical distance between the two countries, the peoples are close to each other.  The senator stated the importance of this factor for the development of bilateral relations adding that he is aware of the latest developments in the region.

Antonio Anastasia also emphasised that Brazil has always stood for peace and the implementation of the UNSC resolutions. Recalling his visit to Agdam, the senator noted that he saw the ruins there with his own eyes. He also stated that his country expects lasting peace in the region and normalization of relations.