PM Johnson: UK to continue to be reliable partner of Azerbaijan 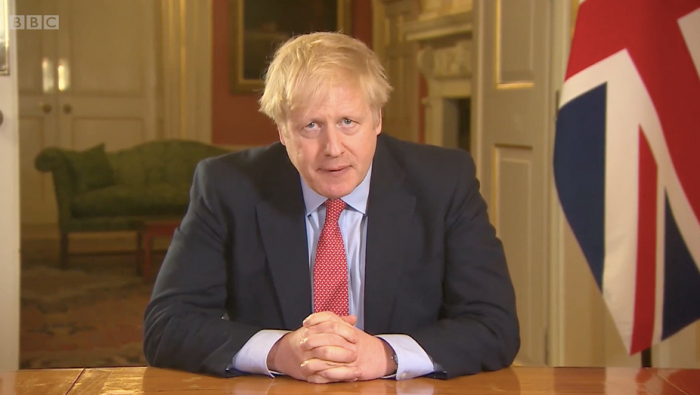 The United Kingdom will continue to be a reliable partner of Azerbaijan, British Prime Minister Boris Johnson said in his message to the participants of VIII Global Baku Forum held under the motto "The World after COVID-19", AzVision.az reports.

The PM’s message was read out by UK Deputy Head of Mission in Baku Philip Barclay.

"Next year we will celebrate the 30th anniversary of the establishment of diplomatic relations between our countries. Cooperation between the UK and Azerbaijan is at the highest level," Johnson said.

He stressed that the UK is in favor of establishing security in the Caucasus region.

"Azerbaijan is implementing a wide program for de-mining territories [liberated territories]. I believe that it is important to implement the Ottawa Convention on antipersonnel mines in the region," Johnson added.

Boris Johnson welcomed the necessary measures taken by Azerbaijan to implement "green energy" noting that this year's forum is happening at the same time as the COP 26 UN Climate Change Conference in Glasgow, Scotland and climate change is the most significant international obstacle.

Johnson also paid tribute to women who play a leading role in Azerbaijani society and encouraged other countries to play a special role in peacebuilding, including the adoption of National Action Plans for Women, Peace and Security.