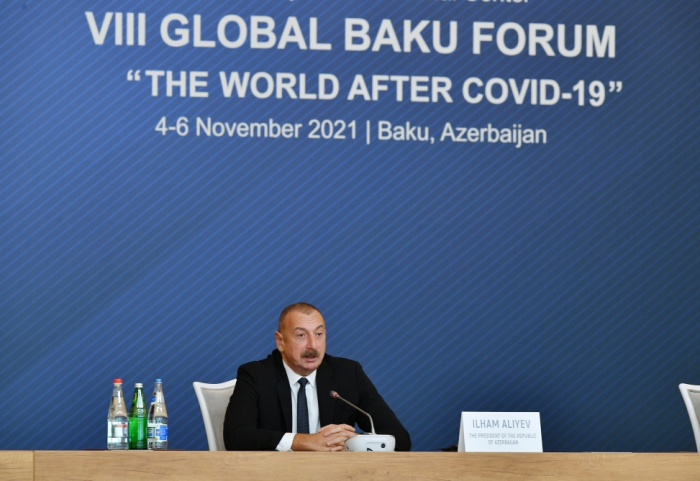 “On 9 November, Armenia signed an act of capitulation and the war ended. A timetable for withdrawal from other occupied territories was also provided. The people of Azerbaijan will celebrate this historic victory,” said President of Azerbaijan Ilham Aliyev as he made opening remarks at the 8th Global Baku Forum.

Emphasizing that the liberated territories had been completely razed to the ground, the head of state said that Armenia had even destroyed all historical buildings, 65 out of 67 mosques and all public buildings. “This, in fact, is a manifestation of barbarism and vandalism,” President Ilham Aliyev noted.