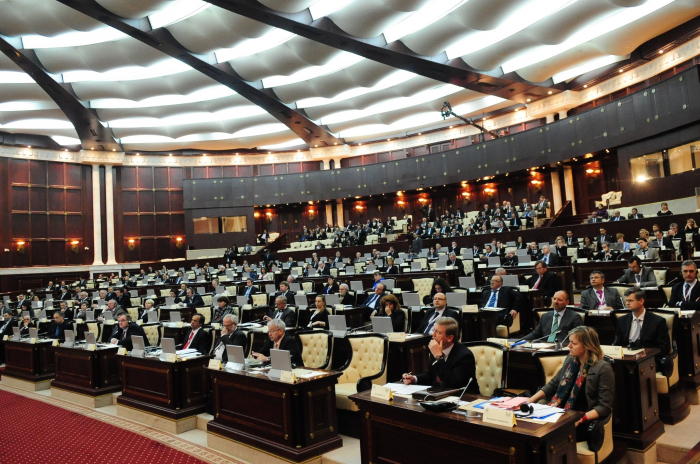 The Milli Majlis (Azerbaijani Parliament) has approved the announcement of amnesty in connection with November 8 - Victory Day [commemorating the liberation of Azerbaijani territories from Armenian occupation in the 2020 Second Karabakh War] at its plenary session on November 5, AzVision.az reports.

At today's session of the parliament, the issue of amnesty was presented for discussion by the deputies.

After discussions, the issue was put to a vote and approved.

Considering the exceptional significance of November 8 - Victory Day for the Azerbaijani people and continuing the traditions of humanism, President of Azerbaijan Ilham Aliyev earlier came up with an initiative to declare an amnesty.

This act of amnesty, directed to the Milli Mejlis, will affect more than 16,000 people. More than 3,000 citizens serving sentences in correctional institutions will be released. Aside from the mentioned 3,000, another figure of up to 3,000 will be exempted from the unserved part of their sentence.

Also, in accordance with the draft act of amnesty, it is envisaged to exempt from criminal liability citizens who participated in the second Karabakh war and other military operations for the protection of the sovereignty and territorial integrity of Azerbaijan, as well as close relatives of persons who died during military operations, citizens awarded orders and medals of Azerbaijan, close relatives of those killed or disabled as a result of military provocations of Armenia against the Azerbaijani civilian population during the second Karabakh war, as well as persons who committed crimes that do not pose great public danger.

It is also planned to release from the unserved part of the punishment citizens held in correctional institutions of the district type, who have less than one year until the end of their sentence.

The individuals who have committed a less heinous crime or a crime that does not pose a big public danger, who have been freed from the main and additional punishment, are expected to be released.