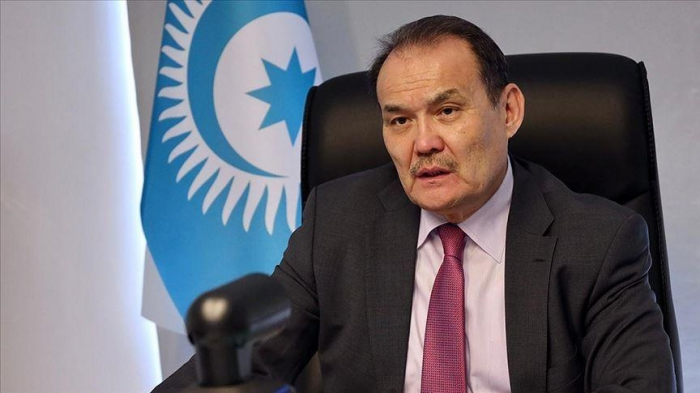 Secretary General of the Turkic Council Baghdad Amreyev has made a statement on the occasion of November 8 – Azerbaijan’s Victory Day, AzVision.az reports.

“I have the honor and pleasure to convey my cordial congratulations and best wishes to the fraternal Azerbaijani people, Armed Forces and Government on the occasion of the 8th November Victory Day that marks the liberation of Shusha city and restoration of the territorial integrity of the Republic of Azerbaijan and historical justice in the 44 Days Patriotic War,” the secretary general said.

Amreyev noted that the history written by the victorious Azerbaijani Army under the leadership of the Commander-in-Chief President Ilham Aliyev is a solid foundation for further development and prosperity of Azerbaijan and important factor in ensuring lasting peace and security in the region.

He noted that the Turkic Council and the Turkic World has always supported the position of Azerbaijan and its territorial integrity, demanded an immediate, unconditional and full withdrawal of the armed forces of Armenia from all occupied territories of Azerbaijan, strongly condemned the attacks targeting civilians and stand by Azerbaijan in its battle for homeland during the 44 Day Patriotic War.

“The victory in the 44-day Patriotic War has become source of pride for the Azerbaijani people and also has given impetus to the solidarity of our Member States and fraternal Turkic peoples,” the secretary general said.

“On the anniversary of this historical victory, together with all my colleagues in the Turkic Council, while commemorating with respect and reverence the martyrs who sacrificed their lives for the homeland, we would like to convey our sincere congratulations to the brotherly people of Azerbaijan,” Amreyev added.