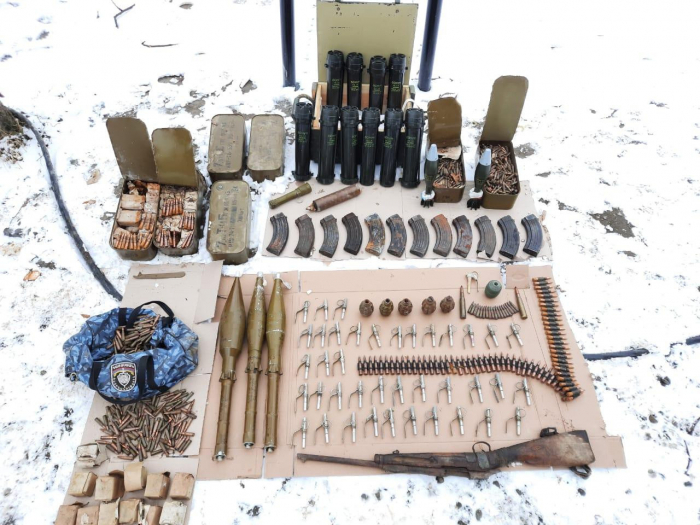 Employees of the Shusha district police department and the relevant structures have taken preventive measures to find the weapons and ammunition left by Armenian military units in the territory of Shusha.

During the raid, 5 mines, 31 submachine guns, 4 machine guns, 6 grenades, 207 grenades and other explosives, 78 different types of shells, 19 "Fogot" and other guided missile systems, more than 45,000 cartridges of various calibers and others were found from the city and surrounding villages and handed over to the relevant authorities.

Besides, as a result of measures taken by the Shusha District Police Department in Dashalti village, 2437 hemp plants weighing more than 1 ton 600 kilograms were found and destroyed. Police continue to take measures in this direction. 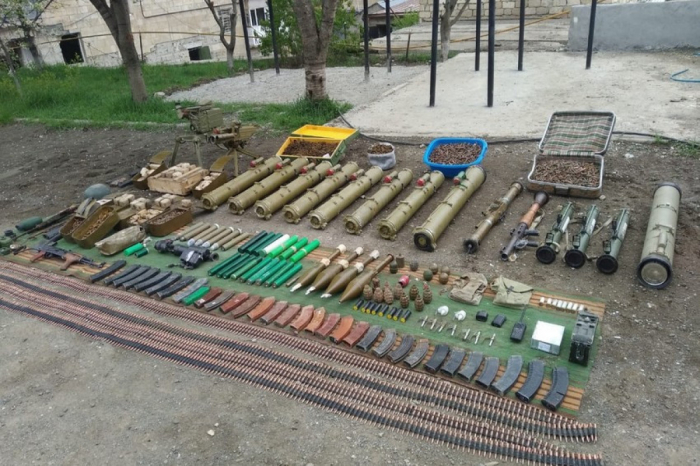