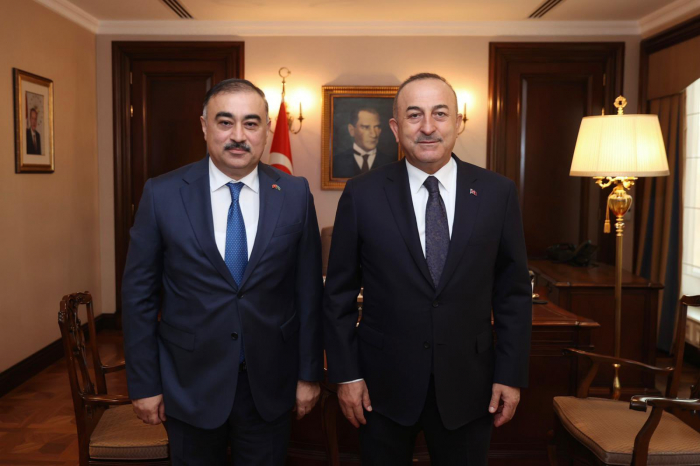 "On the first anniversary of the victory in Karabakh, which ended 30 years of occupation, we met the new Ambassador of Azerbaijan to Ankara Rashad Mammadov, "the tweet reads.