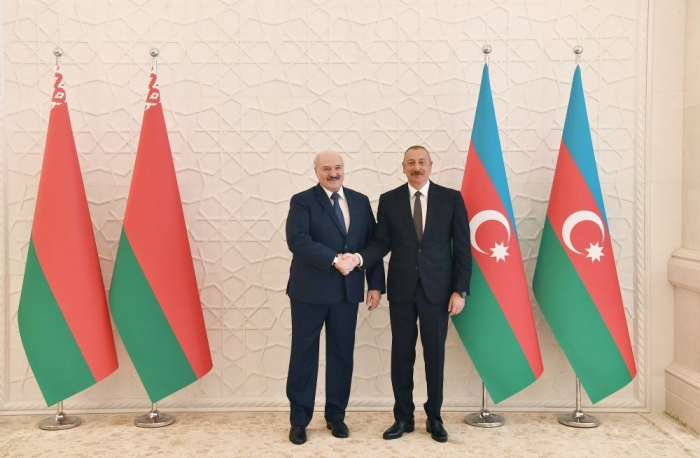 The heads of state reaffirmed the strategic nature of bilateral cooperation, reviewed the implementation of agreements reached during talks between the two presidents in Baku in April this year, and discussed prospects for the participation of Belarusian companies in large-scale mutually beneficial projects in Azerbaijan.

President Alexander Lukashenko welcomed the fact that the long-running confrontation between Azerbaijan and Armenia had ended a year ago. He stressed the importance of starting a peace-building process for the benefit of both sides.

The President of Belarus stressed that the restoration of transport communications and economic activity in the South Caucasus should lay the groundwork for a lasting peace in the region, ensuring the well-being and security of all peoples living there.

President Alexander Lukashenko expressed his condolences to the families and close ones of all the victims of the long-standing Nagorno-Karabakh conflict, noting the exceptional importance of the Declaration adopted with the mediation of Russia and ending the bloodshed a year ago.