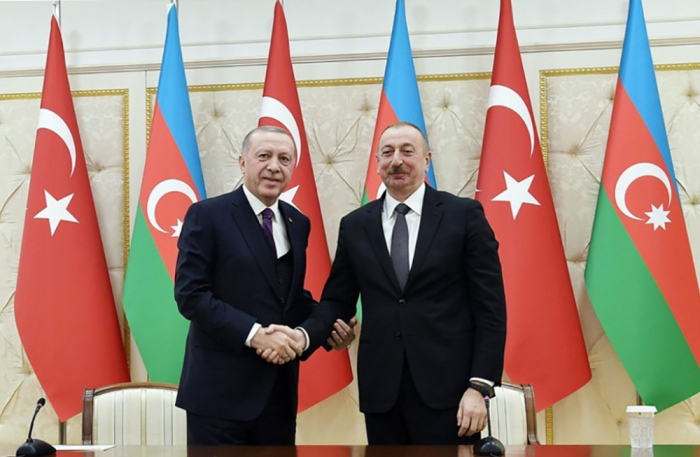 President of the Republic of Turkey Recep Tayyip Erdogan congratulated the head of our state on Victory Day, conveyed his wishes of peace, well-being and prosperity to the fraternal people of Azerbaijan. The President of Turkey said wished for the peace of the souls of the martyrs who died in the Patriotic War.

Expressing again the appreciation for the support Turkey and personally Recep Tayyip Erdogan provided for this Victory, President Ilham Aliyev emphasized that it was the decisive position and statements of the Turkish President from the first days of the war that showed the world that Azerbaijan was not alone and that Turkey was next to it. All this provided tremendous moral support for our people and the Army.

The head of state noted that the recent visit of the President of Turkey to Fuzuli and Zangilan districts was another manifestation of the Azerbaijani-Turkish brotherhood.

The heads of state noted that the Victory was another bright page of the Azerbaijani-Turkish brotherhood and unity.

During the telephone conversation, the sides expressed their confidence that friendly and fraternal relations between our countries would continue to develop successfully in all spheres and that Azerbaijan and Turkey would always be next to each other.