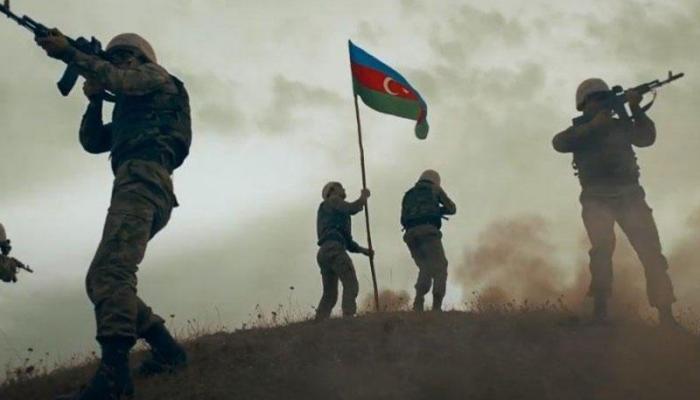 The 44-day Patriotic War ended with the liberation of Azerbaijan’s territories from nearly 30-year Armenian occupation and the restoration of territorial integrity.

Chronicle of the 44th day of the Second Karabakh War:

- First Vice-President of the Republic of Azerbaijan Mehriban Aliyeva has made an Instagram post on the occasion of the National Flag Day.

- The units of the Armenian Armed Forces were dealt serious blows in the main areas of the front.

- A list of destroyed enemy military equipment was presented.

- A video of the destruction of firing points and personnel of the Armenian Armed Forces was presented.

- The enemy's military equipment was destroyed on the road to the Shusha.

- Azerbaijan continues to strike at Armenian positions, servicemen in direction of Khojavend district of front.