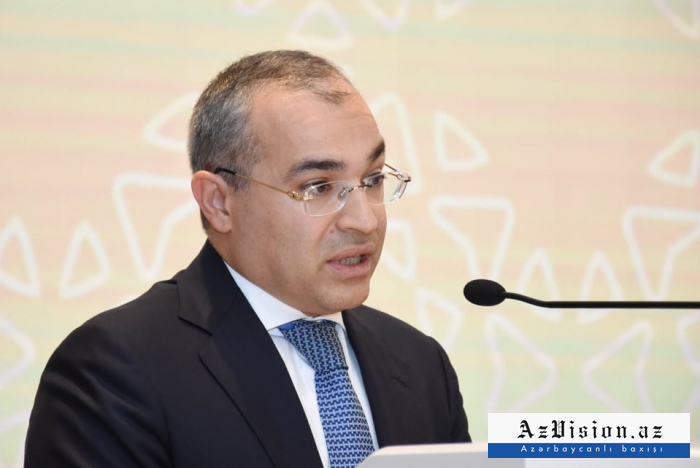 The growth of Azerbaijan's GDP, according to forecasts of the Ministry of Economy, will exceed five percent by the end of 2021, Minister of Economy Mikayil Jabbarov said during discussions on the draft state budget for 2022 at a plenary session of the country’s parliament on Tuesday, AzVision.az reports.

The minister said that as part of the preparation of a new development strategy for 2022-2026, discussions were held between the relevant structures, in particular the ministries of finance and the economy.

He noted that under the leadership of the prime minister, discussions are underway with other government agencies in a number of areas. In order to finance the development of the economy, as well as ensure its stability for the coming period, the formation of the state budget for 2022 continues.

Jabbarov stressed that within the framework of the draft state budget for 2022, state investment in the development of the economy of Azerbaijan, the increase in the number of jobs will amount to 2.8 billion manats ($1.6 billion), which exceeds the same indicator of the state budget in 2021 by 850 million manats ($500 million).

“The draft state budget provides for an increase in funding for social projects, minimum wages, pensions and other social benefits. These steps are aimed at neutralizing the global rise in food and oil prices, a number of tariffs,” he said.

The minister of economy noted that the growth of Azerbaijan's GDP for 10 months of 2021 amounted to 4.9 percent, and in the transport sector - six percent.

“In all sectors of the Azerbaijani economy, including the construction industry, we also note the dynamics of growth. In such conditions, we predict that this year economic growth will exceed five percent,” Jabbarov added.

He also noted that in the non-oil sector in 2017, the added value amounted about nine percent, and for 10 months of this year, the growth exceeded 20 percent.