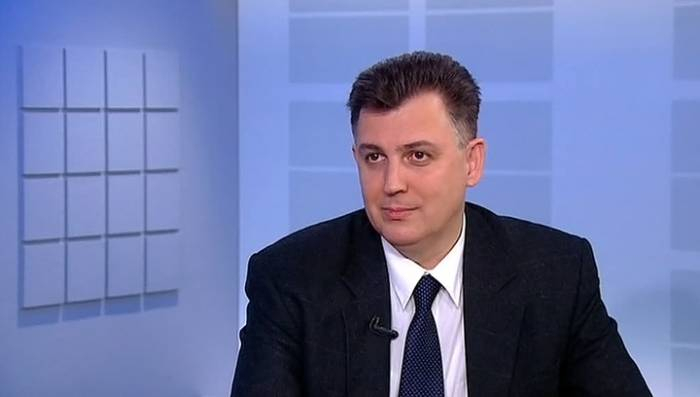 There are third forces that destabilize the situation in Karabakh, Alexander Dudchak, a Ukrainian political scientist, said in an interview to AzVision.az.

The situation on the Armenian-Azerbaijani border remains tense, said Dudchak, stressing that ‘a spark is enough for an explosion.’

“Those who masterminded the recent provocations that could provoke a large-scale conflict are provocateurs acting against both Armenia and Azerbaijan. Both sides blame each other for the start of hostilities. However, it is quite possible that the provocation was masterminded by a third party,” he noted.

Seven servicemen of the Azerbaijani Army were killed, and 10 were wounded during the military provocations committed by Armenia on the state border on November 16, 2021.

“Armenian Prime Minister Pashinyan earlier said that Russia cannot be considered a real guarantor of Armenia’s security, seeking help from the West. Nevertheless, having realized possible external threats, Armenia joined the Collective Security Treaty Organization (CSTO). After Azerbaijan launched military operations in Karabakh, the West did nothing usual to help Armenia. However, Russia has done everything possible to cease hostilities,” said Dudchak, regarding the recent provocations as a possible attempt to drag Russia into a war in the Caucasus.

The Ukrainian political scientist said there are external forces in the region that favor destabilization and the resumption of hostilities.

“The actions of Armenia’s current leadership have triggered confusion and frustration among those who have been backing the stable and peaceful development of the country since the “color revolution” that brought Pashinyan to power,” the Ukrainian expert said when asked about a possible return of revanchist forces to power in Yerevan.

He stressed that the new stage of the armed conflict can be provoked only by those fulfilling orders from external forces.

In conclusion, Dudchak said he hopes for the establishment of good neighborly relations between Armenia and Azerbaijan.