WHO reviews need for vaccinating children against COVID-19 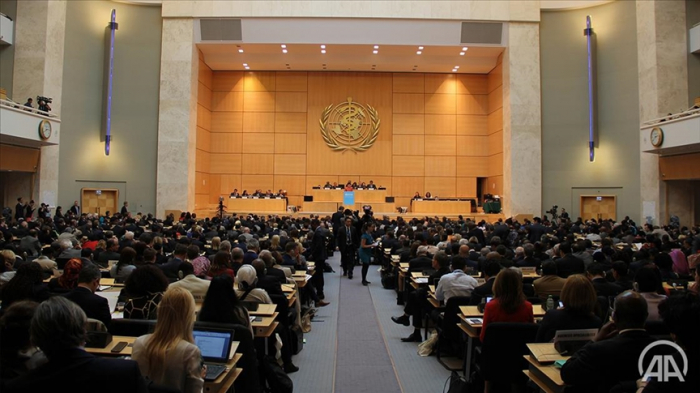 The World Health Organization and an advisory body are reviewing the need for vaccinating children and adolescents with the currently available COVID-19 vaccines, the UN health body said on Wednesday.

"WHO, with support of the Strategic Advisory Group of Experts on Immunization and its COVID-19 Vaccines Working Group, is reviewing the emerging evidence on the need for and timing of vaccinating children and adolescents with the currently available COVID-19 vaccines," WHO said in what it called “an interim statement.”

To a question by Anadolu Agency, WHO's chief scientist Dr. Soumya Swaminathan said: "If you look at people under the age of 25, less than 0.5% of global deaths have occurred in that age group. And if you look at children less than five (years of age), it's 0.1%, and five to 10, it's also 0.1%."

"So, the one thing that's clear, and that's been consistent from the beginning up to now is children certainly get infected almost as much as adults do," she said, adding that "the risk of severe illness and death has been consistently very, very low" for children.

Children do get severely ill

Swaminathan, however, said that there are children who get severely ill.

Some children develop post-long-COVID, and there are children who develop multi-system inflammatory syndrome as well, but a tiny proportion.

She said whether children get vaccinated or not will depend a lot on how other priority groups can be covered.

"We also need to then wait for more vaccines, to have the data on children before we can make further recommendations firstly," she said.

"Some countries have given emergency use authorization for mRNA vaccines for use in the adolescent age group (aged 12-17 years): BNT162b2 developed by Pfizer, and mRNA 1273 developed by Moderna," said the WHO.

Earlier in November, WHO said that China, “a stringent regulatory authority,” approved the "mRNA vaccine BNT162b2" for use in children aged 5-11.

It said trials in children as young as three were completed for two inactivated vaccines (Sinovac-CoronaVac and BBIBP-CorV) approved by Chinese authorities for those aged 3-17.

These vaccine products had received WHO’s emergency use listing for adults only.

Covaxin, an "adjuvanted inactivated vaccine" developed by Bharat, was approved in India for those aged 12-17 years; but has not yet received WHO’s emergency use listing for this age group.

The Indian regulatory authorities approved ZycovD, a novel DNA vaccine, for people aged 12-17 years; however, this vaccine has not yet received a WHO listing.

Several COVID-19 vaccines are undergoing trials in younger age groups (including as young as six months of age), but results are still unpublished.

Strategic Advisory Group of Experts (SAGE) is continuously reviewing the literature and has reached out to vaccine manufacturers, researchers, and WHO member states to obtain the most complete and recent data, said the WHO.