ECO summit for 2022 to be held in Uzbekistan 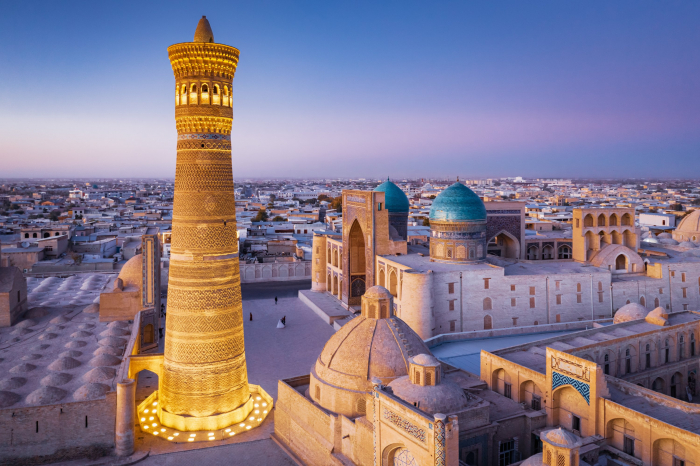 Uzbekistan took over the chairmanship of the organization of the Economic Cooperation Organization (ECO) summit for 2022, AzVision.az reports citing the press-services of the president of Uzbekistan.

This became known at the ECO summit held on November 28, 2021 in Ashgabat (Turkmenistan).

During the summit, President of Uzbekistan Shavkat Mirziyoyev proposed cooperation with ECO countries in areas of trade, investment, transport and the green economy.

“We need to make better use of the significant potential of our countries, which have a huge market with a population of over 500 million people, in the areas of trade and investment,” he noted.

Mirziyoyev also proposed to establish a Center for Trade, Investment and Innovation within the ECO in cooperation with the United Nations Industrial Development Organization and the United Nations Special Program for the Economies of Central Asia, and place its headquarters in Tashkent city (Uzbekistan).

The head of the country called for the development of a regional strategy aimed at developing transport and communication links and expanding the transit potential of the ECO countries.

He also noted current environmental issues in the world.

“At present, the problems of ecology and climate change are intensifying, which requires the solution of the most urgent tasks of our agenda, such as the effective use of the best practices accumulated in our countries and abroad, the active joint development of the green economy, the widespread introduction of resource-saving technologies in industrial sectors,” the president said.

ECO is a regional, interstate, economic organization. It was established in 1985.The member states of ECO are Kazakhstan, Kyrgyzstan, Tajikistan, Turkmenistan, Afghanistan, Azerbaijan, Iran, Pakistan, Turkey and Uzbekistan.