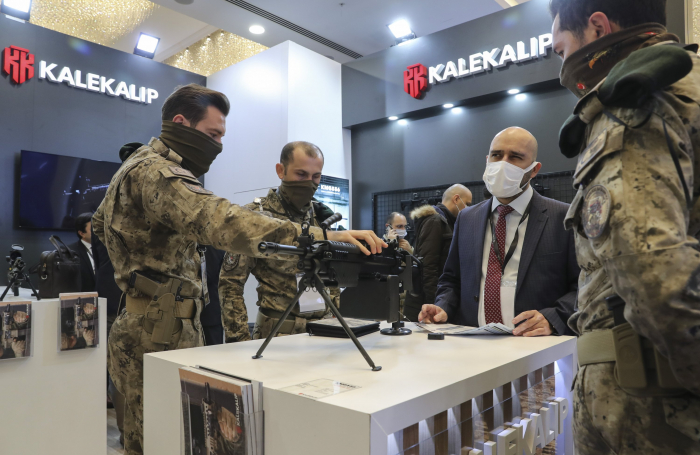 Military logistics has always been a principal issue, since it must be addressed properly or it disrupts the movement, supply and maintenance of military forces as well as the ability to sustain operations in times of its absence. Although the term has a simple reference and ample explanations from earlier times as it was defined in Antoine-Henri Jomini's "Summary of the Art of War," as “the practical art of moving armies,” logistics, together with military support and sustainability, have become a lot more complicated in modern times. Turkey’s defense industry, which sees it as inextricable from its numerous projects, must advance forward.

For the equation of producing and maintaining a product in the defense industry, it is important to develop the after-sales support of a product and to plan all logistics activities, said Uğur Coşkun, vice chairperson of the board of Defense and Aerospace Industry Manufacturers (SASAD).

Coşkun was speaking at the Defense Logistics and Support Summit (DLSS) held in the capital Ankara for the first time this year, bringing together sector officials, military personnel, defense industry researchers as well as industry and logistics firms.

The summit, Coşkun said, is the first in the country and also one of the rare such events organized worldwide.

The local defense industry has products superior to its peers whose competencies and capacity are increasing day by day, Coşkun said, which is why “the sector needs to give more weight to logistics systems."

"After exporting a product, supporting and maintaining it, and ensuring customer satisfaction, it will help pave the way for the defense industry,” he said while also emphasizing the sustainability of the product and the need to introduce new ones to the market.

“DLSS will make a very meaningful contribution to the development of the industry,” he said.

DLSS Organizing Committee Chairperson Sami Atalan who is also a military doctrine and operations compliance analyst at local defense firm Mildata, said at the opening of the event that “operational logistics is an integral part of support and security strategies.”

He said: “the need for logistics will change over the next 10 years, under the influence of modernization and the nature of warfare, such as robotic systems, automation, predictive logistics and maintenance,” and added that, “according to the developing international service sector trends, defense industry and logistics capabilities will play an important role in the exports of countries.”

“Today, the Turkish Armed Forces (TSK) benefits from the development of the private sector to provide the logistical support it needs. The DLSS also serves this purpose,” Atalan said.

The sector official highlighted that “strategy is inseparable from logistics and the operational logistics capabilities stand out as an element of superiority."

For example, he said, “fortification is a subject that is rarely talked about, but is one of the most important line support needs, which ensures the continuity of maneuver and movement of forces.”

Atalan, who quoted NATO’s definition of the concept of logistics as, “The science of planning, conducting and sustaining the movements of the armed forces,” added, “if war is an art, logistics is a science.”

Eken said that they currently have a logistics support service deal with Turkey’s Presidency of Defense Industries (SSB) that includes one of their latest services, namely the remote maintenance service.

The agreement, which covers tracked and wheeled weapon carrier vehicles whose deliveries are ongoing, foresees “using the existing capabilities of the Land Forces Command to the maximum extent, ensuring that the vehicles are at a high level throughout their life cycle, with material, technical support and repair services during the warranty period and after the warranty period.”

Its main aims are the maximum use of available abilities, use of original spare parts, continuous and fast technical support access, malfunction analysis and an uninterrupted user-manufacturer-subcontractor relationship.

The augmented reality-supported remote maintenance service, meanwhile, is set to provide the same services as on the spot remotely, ensuring instant data sharing while providing data security with its server-based system. It aims to significantly reduce the risks occurring during military operations in high-risk areas. 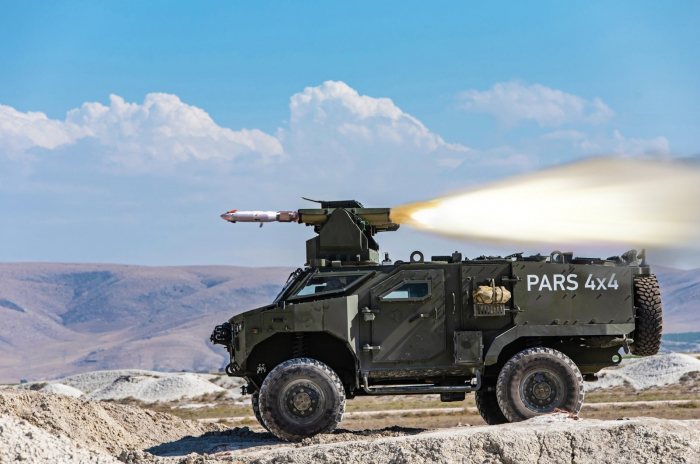 The Scientific and Technological Research Council of Turkey (TÜBITAK)'s Defense Industries Research and Development Institute (SAGE) and DASAL Aviation Technologies, a joint affiliate of local defense giant Aselsan and Altınay Defense, signed a deal for the collaboration of the Togan weapon system integration into the DASAL aviation platforms, namely their drones.

Gürcan Okumuş, Director of TÜBITAK SAGE, said that in the agreement, “Togan is a whole weapon system developed as the weight equivalent of 81 mm mortars with increased efficiency with multiple means of transport and release possibilities. The Togan Weapon System, which we produced as TÜBITAK SAGE, has now been integrated into different classes of UAVs thanks to this cooperation with DASAL Aviation. We see that efficient and effective systems emerge with the combination of our products.”

Mehmet Emin Ilkmen, chairperson of DASAL Aviation Technologies, for his part, stated the cooperation includes the integration of the weapon system on three different UAV platforms with three different carrying capacities: 15, 75 and 150 kilogram-capacity (33, 165 and 330 pound-capacity) drones.

The other two platforms can effectively use six and two pieces of Togan ammunition at a range of 20 kilometers and 10 kilometers, respectively.

“All of these platforms are designed to increase their efficiency in the field by using them with suitable land vehicles. Thanks to this important cooperation, a cost- and logistics-efficient tool was developed. Operations can be carried out at low costs,” Ilkmen said.

Industry in figures
Ankara Chamber of Industry (ASO) Chairperson Nurettin Özdebir speaking at the opening said, “defense expenditures also have an impact on the growth of the economy.”

“According to analyses,” he said, “in the developing country group, which includes Turkey, defense expenditures positively affect investments in other fields.”

He said that the turnover volume of Turkey’s defense industry, which was $1.3 billion in 2002, has now reached $11 billion. The sector has reached an export volume exceeding $3 billion from its earlier export capacity of $248 million. The localization rate of the sector increased from 20% to over 70%.

Defense industry projects financed by public resources have reached 1,100 in the last three years. The 2020 budget of currently ongoing defense projects has exceeded $55 billion. With an annual research and development (R&D) expenditure of $1.7 billion, it has become the sector that makes the most R&D investments in Turkey.

Meanwhile, in 2017, under the SSB, a platform for the life cycle management for the Turkish defense industry was established, which addresses the delivery period together with the period in which the products used and the logistical support period, aiming to produce solutions tailored for Turkey in life cycle management, product support and related issues in programs and projects to be carried out in the field of defense and security. 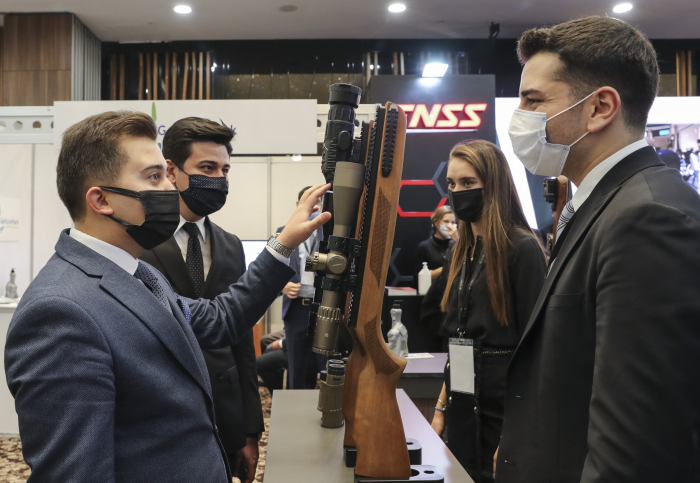