It is satisfying to see that Karabakh has become a place of reconstruction, says FM Turkovic 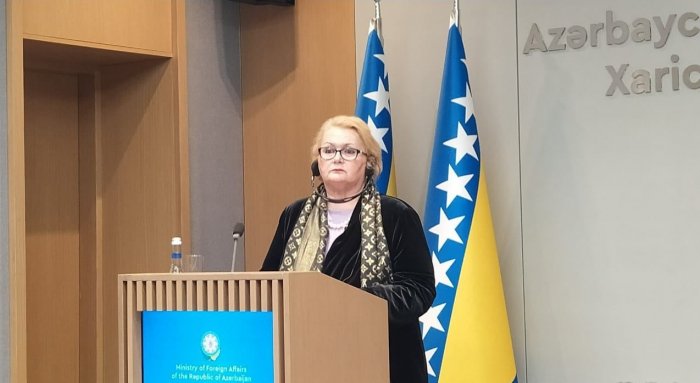 Bosnian and Herzegovina's Foreign Minister Bisera Turkovic called reconstruction works in the Karabakh region of Azerbaijan "satisfying" in her speech at a joint press conference with his Azerbaijani counterpart Jeyhun Bayramov.

Turkovic reiterated Bosnia and Herzegovina's support to the territorial integrity and sovereignty of Azerbaijan adding that its parliament has adopted a resolution in this regard.

"Azerbaijan also supports the territorial integrity and sovereignty of Bosnia and Herzegovina," she stated.