Omicron and Delta driving tsunami of cases - WHO 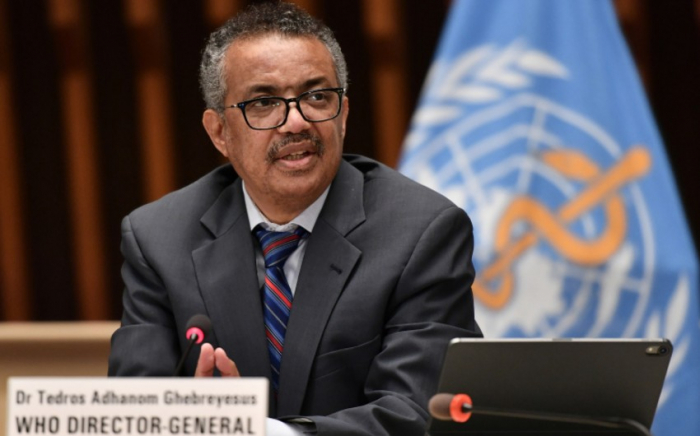 The combination of Delta and Omicron variants is driving a dangerous tsunami of Covid-19 cases, the World Health Organization (WHO) chief has said, AzVision.az reports citing BBC.

Tedros Adhanom Ghebreyesus' words came as the US and countries across Europe reported record new cases.

France reported Europe's highest ever daily figure for the second day in a row, at 208,000 cases.

And the US has reported a record average of 265,427 cases a day over the last week, according to Johns Hopkins.

Denmark, Portugal, the UK and Australia have all also reported record-breaking figures.

Poland reported 794 Covid-related deaths on Wednesday, the highest number in its fourth wave of the pandemic. More than three-quarters of the victims were unvaccinated.

Studies suggest that Omicron - which has quickly become dominant in numerous countries - is milder than the Delta variant, but more contagious.

However, Dr Tedros warned the "twin threat" of the two variants was "leading to a tsunami of cases". At the moment, some 900,000 new cases are being reported around the world every day, Reuters news agency reports.

"This is and will continue to put immense pressure on exhausted health workers, and health systems on the brink of collapse," Dr Tedro added.

Rising cases in Europe and the US have prompted a push on booster doses of vaccines. In the UK, 57% of people over 12 have received all three jabs.

According to a report published by the WHO on Tuesday, the number of new Covid infections of all variants grew by 57% in Europe in the week before 26 December, and by 30% in the Americas.


More about: WHO   Delta   Omicron