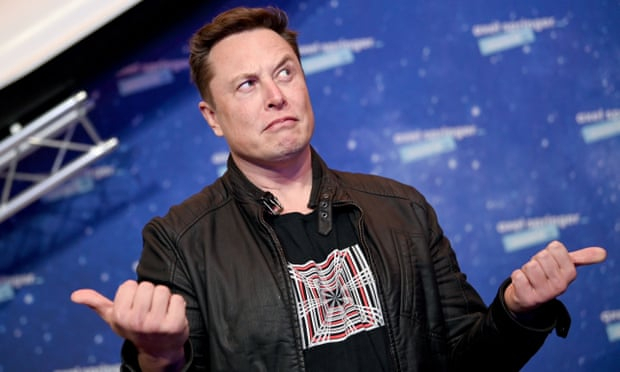 Elon Musk has rejected criticisms that his company is taking up too much room in space, saying his tens of thousands of planned satellites would be able to coexist with many others, AzVision.az reports citing the Guardian.

As well as building up Tesla into the world’s most valuable carmaker by pioneering electric cars, Musk has shaken up the space industry by founding SpaceX, a private rocket company that is also seeking to become a major telecommunications entity through a network of tens of thousands of low-orbiting “Starlink” satellites.

SpaceX has already launched more than 1,600 satellites, including a recent launch on 18 December which added a further 52, making it the focus of calls for regulation of space.

Musk dismissed criticisms that SpaceX was dominating radio frequencies and orbital slots, in an interview published by the Financial Times.

“Space is just extremely enormous, and satellites are very tiny,” Musk said. “This is not some situation where we’re effectively blocking others in any way. We’ve not blocked anyone from doing anything, nor do we expect to.”

Josef Aschbacher, head of the European Space Agency, said earlier this month that Musk was “making the rules” in space. Aschbacher called for coordinated action from the EU and other countries to ensure that SpaceX’s constellation did not prevent other countries or companies from launching their own satellites.

Musk compared the number of satellites with the 2bn vehicles on the Earth’s surface, suggesting there was room for “tens of billions” of satellites. The FT cited an astrophysicist disputing that claim on the grounds that satellites need large gaps to be able to safely avoid collisions.

SpaceX has also drawn criticism from China, which this week publicly accused the US of ignoring international treaty obligations following two near misses between the Chinese space station and Starlink satellites. China said the space station had been forced to manoeuvre to avoid satellites in July and October.

Astronomers have also expressed increasing concern that the proliferation of tens of thousands of satellites will cause unalterable changes to the night sky if launches remain unregulated. Manufacturers have already tried to address such criticisms with design changes to make satellites less visible from Earth.

SpaceX, which Musk founded in 2002, is racing against competitors including the UK government-backed OneWeb to build a satellite network big enough to cover the whole globe. SpaceX has permission from US authorities to launch 12,000 satellites and eventually plans to have a constellation of 42,000 – many times more than the 8,000 or so in orbit in September.

Amazon, founded by Jeff Bezos, the world’s second-richest person after Musk, is also planning to join the low-Earth-orbit (LEO) space race with the first launch of its Project Kuiper satellites in late 2022. Other competitors include Blackrock-backed Astranis, US weapons manufacturer Lockheed Martin, Canada’s Telesat and the Chinese government.