Why 'mood shame' is bad for you - iWONDER 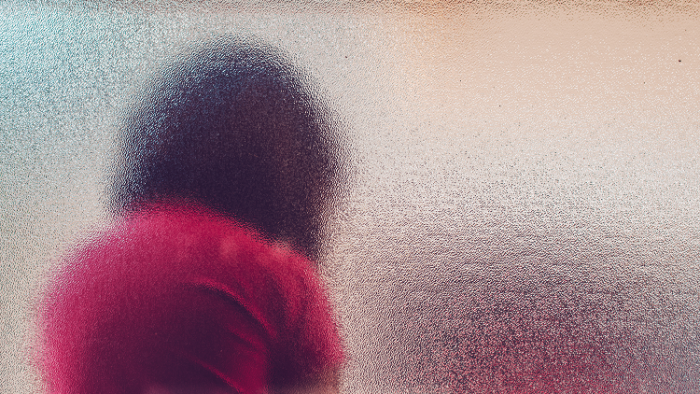 It's sometimes tempting to beat yourself up for not feeling sunnier – but there's good reason to embrace those grumps.

Imagine that you've just experienced something unpleasant – your friend has forgotten your birthday, you've been rejected for a new job, or you've just woken up on 4 January and remembered you need to go to work. How would you typically respond to those feelings?

You might try to tell yourself that it doesn't matter, and not to let it get to you. You might try to avoid thinking about the bad news, and when it does seep into your consciousness, you’ll question why you're so thin-skinned.

This tendency to screen out and self-punish could be described as "mood shame": the belief that having bad feelings is a personal failing.

Continually looking on the bright side of life might seem strong, even courageous. But if it's taken too far, we may beat ourselves up for perfectly reasonable responses to events. While it's natural that we might prefer to avoid uncomfortable feelings like disappointment, worry, anger, or sadness, recent psychological research supports the idea that they serve useful purposes in our lives. By learning to see that value and accept those feelings without judgement, we may enjoy better physical and mental health.

To be clear, when I write about our need to accept negative emotions, I'm not talking about severe depression, anxiety – or any other chronic mood disorder that needs professional help. There is nothing to be gained from prolonged and unbearable suffering if you need and are able to seek medical treatment and mental health support.

Instead, I'm referring to the temporary clouds that may gather over our lives for a few hours or days. Those transient emotions don't really pose a threat to our long-term wellbeing, but we often act as if they do – and it's tempting to try to avoid them.

As the Italian philosopher Ilaria Gaspari notes in her recent book Vita Segreta Delle Emozioni (The Secret Life of Emotions), our attempts to suppress our emotions can simply add layers of "shame" and "fear" to what we are already feeling, alongside an envy of those who appear to be happier in their life. The resulting sentiment, she writes, is even "stronger and more tenacious" than the thing we were trying to avoid.

"It took me a long time to understand that being emotional does not mean being unstable or unbalanced, but being alive, open and vulnerable to the experience of the world," she writes.

Gaspari was writing from personal experience, but a series of scientific studies confirm that our "mood shame" can be detrimental to our wellbeing. To get an idea of that research, consider the following questions. On a scale of one (never/very rarely true) to seven (very often/always true), how would you rate these statements?

Questioning 1,000 participants, Iris Mauss at the University of California Berkeley found that the higher people scored on this scale, the more likely they were to report symptoms of depression and anxiety. They also tended to have lower overall life satisfaction and psychological wellbeing. People who accepted their thoughts and feelings without characterising them as "bad" or "inappropriate", in contrast, tended to have better psychological health.

Seeing the good and the bad

My personal interest in the consequences of "mood shame" began as I researched my book The Expectation Effect. There's enormous evidence that we can create self-fulfilling prophecies in many areas of life. In medicine, for instance, we know that people's interpretations of physical symptoms like pain can alter the way they experience them, and this can even influence our physiological response.

I wondered if the same was true of our emotions. Rather than changing the feelings themselves, we might be able to change the way we think about them – and this might improve the experience itself and the long-term effects on our health.

Disappointment, for example, may feel unpleasant – but you could recognise that the emotion helps us to learn from our mistakes. And by assigning a more positive meaning to the feeling and acknowledging its potential uses – rather than feeling it is somehow "unhealthy" – you might change the brain and the body's responses to an upset.

Searching the psychological literature, I soon came across a study from the Max Planck Institute for Human Development in Berlin, Germany that attempted to show exactly that. The researchers asked their participants to rate various emotions, such as nervousness, anger or feeling downcast, on their unpleasantness. They also asked people about their appropriateness, their utility and their meaningfulness – three dimensions that together captured how much the participants "valued" each feeling.

Overall, the participants who saw a positive value in their "bad" moods tended to fare much better on measures of mental and physical wellbeing, including their risk of illnesses, such as diabetes or cardiovascular disease, and even their muscle strength (which was considered a general indicator of fitness). Indeed, a capacity to see value in unpleasant emotions almost eliminated any link between a participant's health and the actual number of upsets the person reported experiencing over a three-week period.

I've since discovered a wealth of evidence demonstrating how a recognition of an emotion's potential benefits can powerfully influence its effects.

Consider anxiety. We may assume that anxious feelings wreck our concentration and reduce our performance on difficult tasks – that we can only succeed on an exam or in an interview if we learn to relax. Alternatively, we can see the feelings as a source of energy. The actor Robert Pattinson apparently uses this strategy to deal with his nerves on a film set – and recent scientific studies suggest that this kind of attitude can improve our performance on short-term challenges, such as difficult exams or public speaking. In the long-term, it even reduces the risk of burnout and exhaustion.

A similar expectation effect applies to angry emotions. We may believe that frustration quickly depletes our self-control, but we can alternatively see it as a galvanising emotion that steels our resolve and empowers us to demand what we're due. Those mindsets will determine your performance in tasks such as negotiations.

Scientists are still exploring the ways that our perceptions of emotions can influence physical health, as observed in the Max Planck study – but the growing body of research on the physiological effects of emotion appraisal already suggests some plausible mechanisms. When we face a stressor that feels personally threatening, we are more likely to experience exaggerated fluctuations of hormones such as cortisol, and inflammation. Such physiological changes could help to prepare the body for short-term danger, but if they are sustained over a long time they can lead to bodily wear and tear.

If we have the view that each bad mood is inappropriate, shameful or potentially damaging to us, that will compound our sense of vulnerability and isolation, which can exacerbate and prolong the physiological effects. Reappraising our emotions – so that we recognise their inherent value – can remove those additional layers of stress. It could even give us a sense of empowerment and autonomy. This may moderate the physiological response as we come to terms with the feelings, and help us to recover more quickly, with overall less strain on our bodies.

Our interpretations of our moods may have important long-term consequences, according to one intriguing longitudinal study of more than 28,000 people. The participants were asked to report their levels of mental tension and anxiety, and whether they thought that stress would harm their health. Those expectations appeared to shape their risk of death. People who suffered from high stress and believed that the stress would cause them damage had much higher mortality over the study period than those who felt stressed but lacked the negative expectations of its effects.

The scientists had controlled for a host of other lifestyle factors, such as income, education, physical activity and smoking before coming to this conclusion. That cannot prove causality, of course, so the finding needs to be taken with some scepticism – but it certainly fits the same overall pattern as the shorter-term studies, which all suggest that our interpretations of emotions are as important as the feelings themselves.

The start of the new year may be the perfect time for us to put this more nuanced understanding of emotion into practice. For those in the northern hemisphere, it's colder and wetter, and the return to work can be a painful jolt after a week of festivities. Some of us may find that we're caught in the January blues while simultaneously yearning for a better life – creating feelings of boredom, frustration and sadness.

Rather than judging yourself harshly for those feelings, you might lean into that bad mood, and allow yourself the self-care you need to get through it. Without fighting the emotions themselves, you could start to question whether those feelings have value. Perhaps they'll help you to identify an important change you can make in your life, for instance.

We will sometimes experience periods of despair with absolutely no silver lining – and we'll need all the support we can get to move through them. In general, however, our moods are neither black nor white, good nor bad, but instead come in many shades – and by paying attention to those nuances, we may find it a little easier to weather life's storms.