Situation with unrest stabilizes in all districts of Kazakhstan 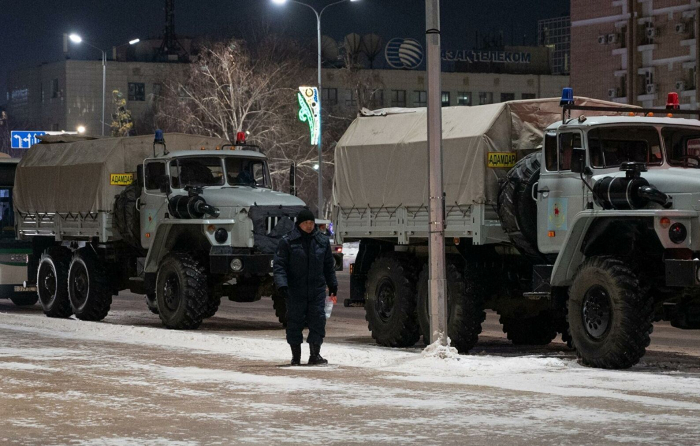 The situation with unrest has been stabilized in all districts of Kazakhstan, News.Az reports citing the press service of the President of Kazakhstan.

This information was announced during a meeting of the operational staff under the leadership of President of Kazakhstan Kassym-Jomart Tokayev on January 9.

Some 125 criminal cases have been initiated, 5,800 people have been brought to the police, among them many foreigners, the press service said.

"The situation has been stabilized in all districts of the country,” the press service added. “The control over the operational situation has been established. The law enforcement officers have liberated all previously seized administrative buildings. The work of utility facilities and life support systems is being restored.”

Following the development of the situation, the government declared a state of emergency all over the country. Kazakh President Kassym-Jomart Tokayev said the government initiated the anti-terorrist operations to deal with the ongoing riots.