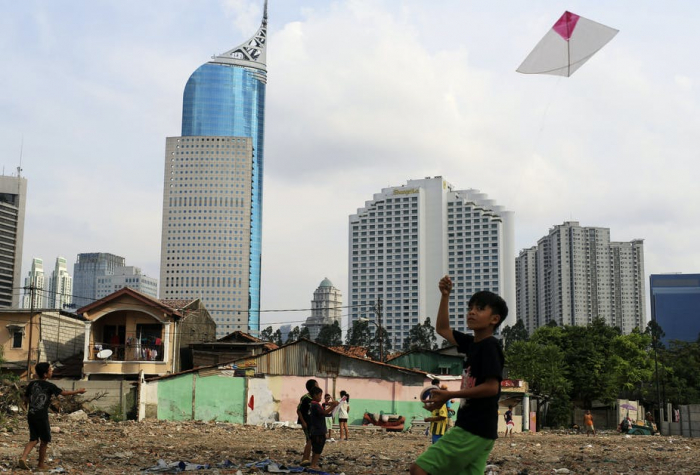 The world’s 10 wealthiest people have seen a record surge and more than doubled their fortunes during the coronavirus pandemic while poverty rates soared, according to a study released by a charity on Monday ahead of a high-profile World Economic Forum (WEF) event.

The ranks of the super-rich have swelled during the pandemic thanks to ample financial stimulus that pumped up stocks, Oxfam said. Meanwhile, poor countries have suffered more than their share from COVID-19 because of unequal access to vaccines, which have mostly gone to rich nations, the anti-poverty organization said in a report aimed at informing discussions at the WEF’s online gathering of political and business leaders this week.

Heads of state will join chief executives and other prominent figures to discuss the planet’s most pressing issues – from climate change to COVID-19 vaccine inequity – at the WEF’s Davos Agenda 2022 conference.

The online meeting will be a springboard for the WEF’s annual summit, which normally sees the world’s rich and powerful converge on the Swiss mountain resort of Davos each winter, but which has been moved to the summer due to the pandemic.

Oxfam has long sought to inspire debate at the annual gathering of business and political elites.

The organization on Monday called for governments to impose a one-time 99% tax on the world’s billionaires and use the money to fund the expanded production of vaccines for the poor – part of an effort to combat global inequality widened by the pandemic.

‘Billionaire bonanza’
"The pandemic has been a billionaire bonanza,” Oxfam International Executive Director Gabriela Bucher said in an interview. “When governments did the rescue packages and pumped trillions into the economy and to financial markets in order to support the economy for all, what happened is a lot of it went into the pockets of the billionaires."

Vaccine development has been one of the pandemic’s success stories but Bucher said they’ve been "hoarded by the rich countries" seeking to protect pharmaceutical monopolies.

Since the pandemic erupted in March 2020, a new billionaire has been minted almost every day. The fortunes of the world’s 10 richest men – including Elon Musk, Jeff Bezos and Bill Gates – more than doubled to $1.5 trillion, making them six times more wealthy than the world’s poorest 3.1 billion people, Oxfam said.

Meanwhile, 160 million more people have been pushed into poverty during the pandemic, Oxfam said, citing numbers from the Forbes 2021 Billionaires List, Credit Suisse’s Global Wealth Databook and the World Bank.

Oxfam called for rich countries to waive intellectual property rules on COVID-19 vaccines in an effort to expand their production.

A one-off 99% tax on the 10 richest men’s pandemic windfalls could earn more than $800 billion and be used to fund that effort and other progressive social spending, the group said.

The money “would be able to pay for vaccines for the whole world, have health systems for everyone,” Bucher said. “We would also be able to compensate for the damage of climate change and have policies that address gender-based violence,” while still leaving the 10 billionaires $8 billion richer than they were at the start of the pandemic, she added.

It’s not all doom and gloom. The group noted that the U.S. and China, the world’s two biggest economies, are starting to consider policies aimed at countering inequality, such as raising tax rates on the rich and taking action against corporate monopolies.

“The point is extreme inequality is not inevitable and this is why it brings us hope,” Bucher said.

Below are some figures on global inequality:

- During the pandemic, the 10 wealthiest people have boosted their fortunes by $15,000 a second or $1.3 billion a day.
- They own more than the world’s poorest 3.1 billion people combined.
- A new billionaire has been created every 26 hours since the pandemic began.
- More than 160 million people are estimated to have been pushed into poverty during the health crisis.
- Inequality between nations is expected to rise for the first time in a generation, and is also growing within countries.
- Wealthy nations are rebounding faster. Output in rich countries will likely return to pre-pandemic trends by 2023, but will be down 4% on average in developing countries, according to the World Bank.
- In 2023, per capita incomes are likely to remain below 2019 levels in 40 developing countries, the bank says.
- Inequality is contributing to the death of at least 21,300 people each day – one person every four seconds, according to Oxfam’s report.
- An estimated 5.6 million people in poor countries die each year due to lack of access to health care, while hunger kills more than 2.1 million annually, the report said.
- The proportion of people with COVID-19 who die from the illness in developing countries has been estimated at roughly double that of rich countries.
- Over 7% of people in low-income countries have received a vaccine dose compared with more than 75% in high-income countries.
- The wealthiest 1% of the world emits more than twice as much planet-warming carbon dioxide as the bottom 50%.
- If unchecked, climate change could push up to 132 million people into extreme poverty by 2030, according to World Bank estimates.
- The pandemic has set back global progress toward gender equality, too. It will take nearly 136 years for women to be on an equal footing with men – up from 99 years pre-pandemic.