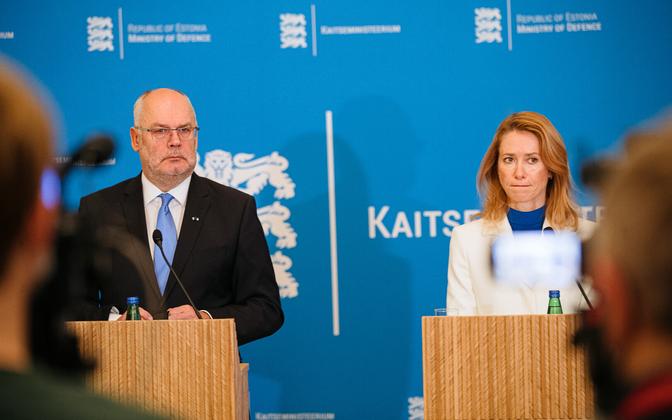 President Alar Karis and any other Estonian government officials will not travel to Beijing for the Winter Olympics, set to begin on February 4.

"The Ministry of Foreign Affairs does not know of any Estonian government members planning to participate in the Beijing Olympics," foreign ministry spokesperson Kristina Ots told ERR on Monday.

Government spokesperson Sten Otsmaa confirmed that Prime Minister Kaja Kallas (Reform) will not head to Beijing and there are no other government members planning to do so, either.

Minister of Foreign Affairs Eva-Maria Liimets (Center) said in November that Estonian athletes should be able to decide if they want to participate in the 2022 Beijing Winter Olympics and that diplomatic boycotts should be up to politicians.

President Alar Karis announced in December that he would not be attending February's Winter Olympics in Beijing, citing political factors.

White House press secretary Jen Psaki announced in early December that U.S. diplomats will boycott the Winter Olympics because of China's "ongoing genocide and crimes against humanity in Xinjiang and other human rights abuses". Australia, UK and Canada have joined the diplomatic boycott, as have Denmark, the Netherlands and Lithuania.

France has announced that they would not join the Beijing diplomatic boycott, however. Some think this may be because the 2024 Summer Olympics are set to take place in Paris and France fears a boycott in retaliation.

France has expressed an ambition to coordinate the approach of the 27 EU members, but it appears unlikely to materialize. Czech president Miloš Zeman has also criticized the idea of a diplomatic boycott.

The Beijing Olympics will start on February 4 and will last two weeks.