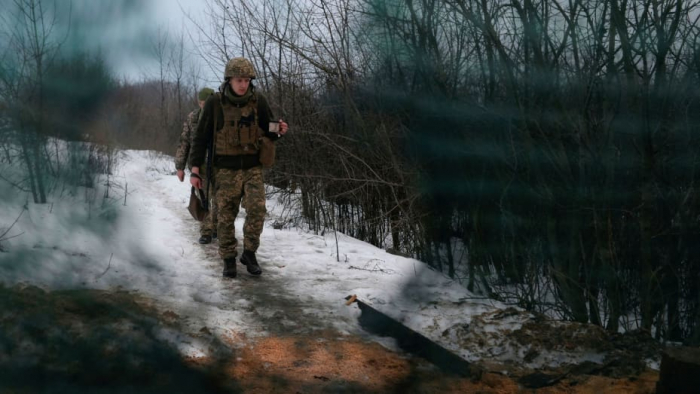 Russia and the West’s differing views of international relations would seem to leave little scope for compromise regarding Ukraine and Belarus. But one way forward would be for Russia to renounce any territorial claims on these countries in exchange for a Western guarantee that they would not be allowed to join NATO.

As the world drifts toward a new cold war, democracies and authoritarian states must determine what they want from and owe each other in order to enable constructive cooperation. Democracies cannot simply say that time is on their side, and that they need only hold firm to their principles for authoritarian regimes to collapse. It is easier to imagine the end of the planet than the demise of authoritarian rule.

The current flashpoint is Ukraine (although it easily could have been Taiwan). This “undeclared war” has been simmering since 2014, when the Euromaidan protests led to the ouster of Ukraine’s pro-Russian president, Viktor Yanukovych, and Russia’s subsequent annexation of Crimea and occupation of the eastern Donbas region. While the West accused Russia of illegally seizing another sovereign state’s territory, Russia claimed it was recovering part of the motherland.

These opposing narratives reflect historical differences. Russian policymakers, and many ordinary Russians, have never inwardly acknowledged that their country lost the Cold War, because this would have meant accepting that between 1989 and 1991 the global balance of power shifted decisively in favor of the United States and its European allies.

Meanwhile, Westerners are so used to discussing the Cold War as an ideological struggle between capitalism and communism, or democracy and dictatorship, that they have failed to understand it in balance-of-power terms. Part of the balance was nuclear, but a large part was territorial. After World War II, Russia sought to create a buffer in Eastern Europe against the invasions from the West – most devastatingly, Hitler’s 1941 attack on the Soviet Union – that have punctuated its history.

Between 1989 and 1991, that buffer became the West’s new eastern front. The non-Soviet members of the Warsaw Pact, whose inclusion in that arrangement had been far from voluntary, moved en masse toward NATO, a military alliance that had been established to counter the Soviet Union.

This is the essential background to what is happening today in both Ukraine and Belarus. Russian officials have long feared that, with active Western encouragement, these countries would join the exodus to NATO.

Russia has always regarded Ukraine as being in its sphere of influence. Until 2014, the Kremlin micromanaged Ukraine’s domestic politics to ensure the country remained aligned with Russia’s interests. Russian President Vladimir Putin recently declared that “true sovereignty of Ukraine is possible only in partnership with Russia,” thereby both affirming and denying Ukrainian independence in the same sentence – a precedent set by the Soviet Union’s treatment of its East European satellites.

To be sure, there is a great deal of toska (roughly, melancholy longing) in Russia’s attitude to its separation from Ukraine. But the role that Ukraine (and Belarus) play in the Kremlin’s balance-of-power calculations must never be forgotten.

The former British and European Union diplomat Robert Cooperargues that, for Western states, “acquiring territory is no longer of interest.” But this ignores the fact that territory can be a site for missiles. Were Ukraine to become a NATO member, the alliance’s eastern front would be several hundred miles nearer to Moscow.

The West’s thinking about international relations has followed a different historical trajectory from that of Russia. From the French Revolution onward, national sovereignty emerged as the West’s core principle. As interpreted by US President Woodrow Wilson, this meant national self-determination.

The main idea was that a world in which all peoples were free to determine their own future would not need balances of power or spheres of influence. It would be inherently pacific. In the name of this principle, all the European colonial empires were eventually dismantled.

In 1795, Immanuel Kant had looked forward to a federation of democracies as a guarantee of “perpetual peace.” More modestly, the United Kingdom’s then-prime minister, Tony Blair, declared in 1999 that, “the spread of our values makes us safer,” implying a commitment to support or bring about “regime change” when the opportunity arose.

Between these two positions, safety secured by a balance of power and safety secured by democracy, there seems little scope for compromise: each seems to be the enemy of the other. Clearly, in any system aimed at maintaining a great-power balance, some countries will be less self-determining than others.

But today’s hybrid international system includes both balance-of-power arrangements and initiatives to “spread our values.” In this rather unstable mix lies the main hope of establishing a modus vivendi that would allow democracies and authoritarian regimes to cooperate on existential planetary issues such as climate change.

One way forward in Eastern Europe would be for Russia to renounce any territorial claims on Ukraine and Belarus in exchange for a Western guarantee that these states would not be allowed to join NATO. This would, in effect, create a military zone of neutrality between Russia and the West.

With the NATO issue off the table, both countries would be free to develop economic and cultural ties with the EU, or to be absorbed by Russia if they chose to do so in an internationally supervised referendum.

Belgium offers a useful precedent in this regard. After Belgium was removed from French control following Napoleon’s defeat at Waterloo, the major victorious powers incorporated it into the new United Kingdom of the Netherlands, which was intended to help check any future bids by France to expand.

The Belgian Revolution broke out in 1830 in support of independence, which was granted by the Great Powers (Britain, France, Russia, Austria, and Prussia) in the 1839 Treaty of London, on condition that Belgium remain neutral in perpetuity. Although Belgium, unlike Switzerland, did not desire neutrality, its removal from great-power contention enabled the new state to benefit from a peace guaranteed by international law.

Of course, no peace is perpetual. Belgian neutrality was breached by Wilhelmine Germany in 1914. Still, the agreement kept the country out of the war for 75 years. Similarly, imaginative diplomacy where Ukraine is concerned today offers the best hope of converting an undeclared war into a declared peace.

Robert Skidelsky, a member of the British House of Lords, is Professor Emeritus of Political Economy at Warwick University. The author of a three-volume biography of John Maynard Keynes, he began his political career in the Labour party, became the Conservative Party’s spokesman for Treasury affairs in the House of Lords, and was eventually forced out of the Conservative Party for his opposition to NATO’s intervention in Kosovo in 1999.