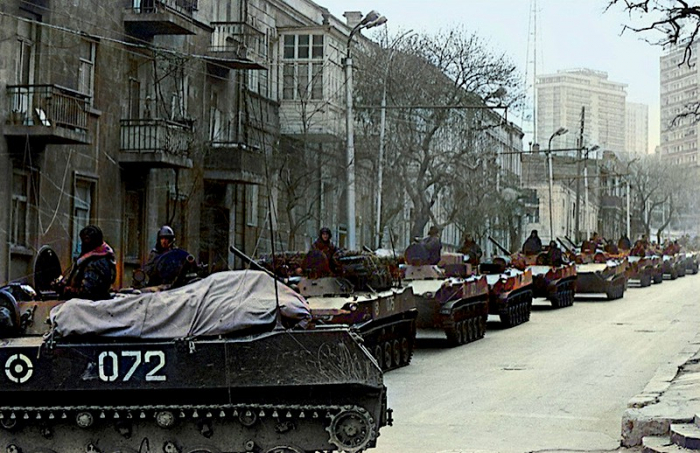 Black January happened on January 20, 1990. I term it as full of unlimited martyrdoms and sacrifices of so many unsung heroes. It was the battle of survival between pure humanity and perpetual horrendous crimes. The city of Baku was attacked from all directions. The 26,000 Soviet troops, directed by the Politburo in Moscow, stormed the city and began shooting indiscriminately.

Ultimately humanity and human traits merged as victors, and the use of brutal power dashed to the ground. Black January also portrayed “victory of humanity” over vicious killing, collective determination over indiscriminate cleansing, and ultimately people of Azerbaijan became victors and forces of evil, darkness, and attackers on democratic norms, civil liberties and free will got diminished which showed values of die-hard spirits of “economics of humanity”.

Being a prominent regional expert of Azerbaijan & CIS,  I uphold that human civilization has been admiring people’s resistance against cruelty, repression, abuse of authority, tyranny, and last but not the least, military aggression since its inception. Subsequently, people who fight for independence, self-reliance, freedom, liberty, human rights and social justice became larger than life characters. People’s resistance brought drastic changes in the national histories of various nations and ultimately full independence was achieved. The Republic of Azerbaijan and its people reaffirmed that independence could be achieved through holy martyrdom. Black January is nothing but a true reflection of martyrdom by virtue of which it succeeded to achieve full independence.

Ultimately because of the strong resistance of Azerbaijani people, tanks were defeated and people became victorious. Bullets became ineffective against the true brotherhood. Ammunition was crushed against the ethnic diversity of Azerbaijan’s multiculturalism. Helicopters failed to demoralize the hopes of brave people. This massacre achieved nothing but greater regional isolation and international condemnation for the former USSR.

To conclude, black January was the prime example of human nationalism, patriotism, determination, dignity, self-respect, and courage to fight against all odds to achieve ultimate goal i.e. independence.

Black January was not mere eleven words. It was bloodbath of common Azerbaijanis who did not bow against the military might of the ormer Soviet Union and ultimately perpetual coercion was badly defeated.

It stood for Azerbaijan’s rich ethnic diversity wherein Muslims, Christians and Jews laid their precious lives to defend their motherland. It proved as the first step towards complete independence. Martyrdom has multiplier effects because it involves divine blessings as well.

Member Board of Expert: The Center of South Asia and International Studies, Islamabad