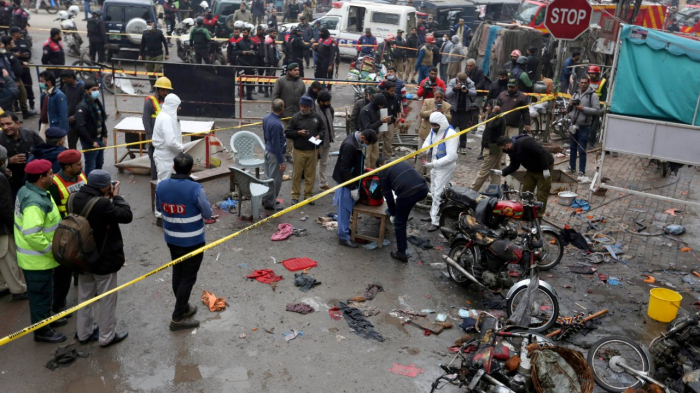 At least two people were killed and 22 wounded Thursday by a bomb blast in a busy shopping district of the Pakistani megacity of Lahore, police and officials said, AzVision.az reports citing AFP.

The attack was claimed on Twitter by a spokesman for the Baloch Nationalist Army, one of several ethnic separatist groups that have been waging an insurgency for years in southwest Pakistan.

"Initial investigations show that it was a time-controlled device on a motorbike which was the cause of the blast," Rana Arif, spokesman for Lahore police, told AFP.

Officials said a nine-year-old child was one of those killed.

Pakistani Prime Minister Imran Khan expressed regret over the "loss of precious human lives", a spokesman for his office said.

On Twitter, a spokesman for the Baloch Nationalist Army said it was responsible.

"This attack targeted bank employees. A detailed statement will be issued soon," the tweet said.