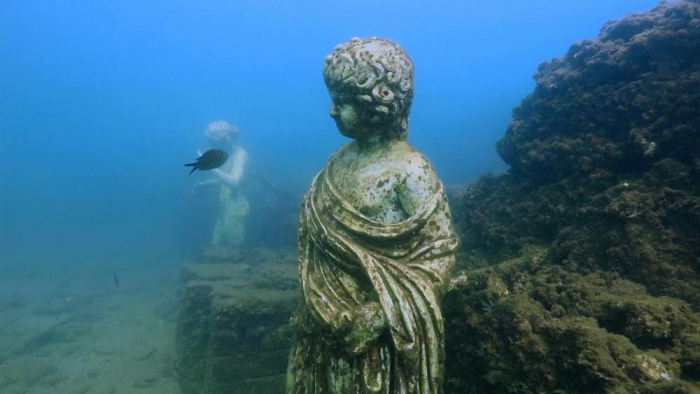 Here in the waters of the Gulf of Pozzuoli, just a few kilometres from Naples, a small wave of the hand reveals precious, ancient Roman mosaics.

Divers, snorkelers, and tourists visit all year round - to travel back in time and swim through ancient streets, past mosaics, statues, columns, and the remains of what was once a seaside resort for wealthy Romans.

Now the only residents are fish and seahorses, but until the end of the third century A.D., the Roman town of Baia was a playground frequented by senators, wealthy Roman citizens, and emperors.