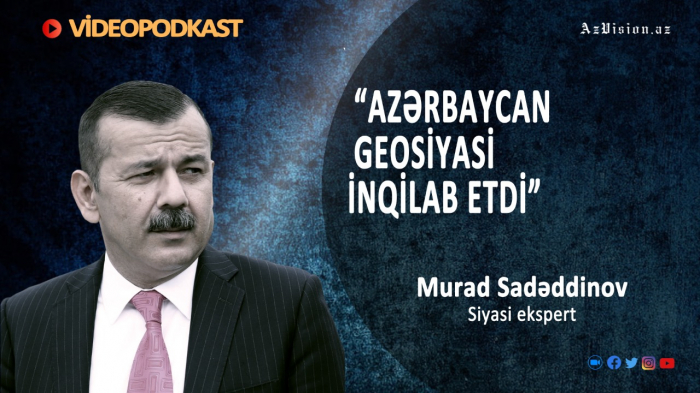 2020 has entered into history as a year of significant changes in global processes, as well as growing competition among key players in the world. The Second Karabakh War on the local scale and the withdrawal of American troops from Afghanistan at the global scale, as a result of which the Taliban came to power, will seriously affect the future development of geopolitical processes in the geography, where Azerbaijan is located. It is already possible to see the changing geopolitical balance and emergence of new realities. We have had a detailed conversation about this issue with political commentator Murad Sadaddinov.

- What is the main reason for the recent geopolitical changes in the South Caucasus and Afghanistan in your view? And is there any relation between those changes?

- I believe that there is no direct relation between the events in Azerbaijan and Afghanistan, which affect the geopolitical changes as you said. However, in the future, there are certain contacts and projects, which will affect the rapprochement of the regions, where these countries are located. If we analyze what is planned for the development of these regions and the expansion of connections, one project is particularly notable.

A few years ago serious works were being implemented regarding this project, called the Lapis Lazuli Corridor. If you remember, it was considered as part of the Silk Road and Azerbaijan's communication projects with its partners in Central Asia and the East. Extending to Europe, the Lapis-Lazuli Corridor connected Afghanistan with Turkmenistan, then Baku-Tbilisi-Ceyhan through the Caspian sea and our ports. The project was of utmost importance. However, the internal political changes and instability in Afghanistan halted this work. However, there has been some progress regarding the commissioning of automobile roads.

Looking at the geopolitical changes in Afghanistan and Azerbaijan, I don’t think that they are similar and the reasons are the same. The Karabakh conflict has its own extensive history. We will talk about that later.

- What changes are there in the balance of forces in our region since Azerbaijan's victory in the Second Karabakh conflict? It refers to key players - Russia, Turkey, Iran, and the West in the face of France. Is there any possible situation, where each player will benefit from cooperation?

In the beginning, you mentioned that serious geopolitical processes occur in the South Caucasus. I sometimes call it a ‘geopolitical revolution’. Azerbaijan realized this revolution in the region. For 30 years, the Karabakh conflict has been one of the factors halting the development of the South Caucasus. We know that Azerbaijan was a key country contributing to the strong development of the communication strategy in the region despite its large oil reserves. Baku-Tbilisi-Ceyhan, Baku-Tbilisi-Kars railway project, gas corridor - all of them are communication projects. However, the Karabakh problem prevented us.

- Azerbaijan and Turkey inked the Shusha Declaration about the alliance between the two countries. Moreover, first military training was held with the participation of Azerbaijani, Turkish and Pakistani armed forces in September of 2021. Besides, today we observe serious tendencies of rapprochement between Turkey and Uzbekistan in various directions. It can be seen in fields of transport and military training. In which directions can we expect changes in the South Caucasus and Central Asia? What are the political and military perspectives of these unions formed by Turkey?

It is necessary to note a very important factor, which is of particular interest following the 44-day war: a unity of the Turkic states. Until the war, Azerbaijan, Turkey, and Turkic-speaking countries of Central Asia united in an organization called the Council of Turkic-speaking states. Each of those countries has various problems in the field of security and economy. And certainly, they seek support from international organizations. The consequences of the 44-day war became a good example for them. The cooperation between Turkey and Azerbaijan helped the settlement of the complex geopolitical problem such as the Nagorno- Karabakh conflict. Turkic- speaking countries saw that it was possible to resolve such a serious problem thanks to the cooperation between the two Turkic countries. Afterwards, we saw another step. This union became the Organization of Turkic states. The organization is already setting up its own institutions, within which negotiations are underway not only in cultural- humanitarian and economic directions, but also in the field of security. Azerbaijan, Turkey and Pakistan hold joint exercises. Today Turkish specialists prepare armies of several Turkic states for exercises. Countries such as Kyrgyzstan and Turkmenistan purchased Turkish-made ‘Bayraktar’ UAVs, which successfully passed the test in the 44-day war.

We know that after the collapse of the Soviet Union, there was a unipolar system dominated by the US in the world. However, today we observe the weakening influence of the US in these regions. So, all the regional players establish relations with each other to ensure their security. The platform of the Turkic states is also promising for them. Thus, there are great prospects here.

One of the directions is that Central Asia is rich with natural resources today. Turkmenistan alone ranks fourth for its large gas reserves. Iran ranks second for gas reserves. Who was the major gas recipient? It is Europe, the European Union. But who can have a role in the delivery of these gas reserves to Europe? Only two countries have the opportunity to do it: Turkey and Azerbaijan. As a first step, we observe that Turkmen gas will be delivered to Azerbaijan through Iran. Indeed, the volume is not so big but it will become one of the main directions of the economic development of Turkic states in future. Delivering such a large volume of gas to Europe will increase the strategic importance of the Turkic states, as well as the role of Azerbaijan as a bridge between Turkey and the Turkic World.

So, we can certify that according to the results of the second Karabakh war, the new reality established in the South Caucasus is the result of Azerbaijan’s and Turkey’s long-term struggle and their mutual cooperation. Expanding and consolidating relations of Azerbaijan with other countries of the Turkic world is within sight. This tendency is continually rising and we hope that it will be maintained for long. Apart from that, we will soon observe large-scale regional projects, which will make Turkey and Azerbaijan closer to countries of Central Asia, aiming to strengthen the relations between the regional countries. 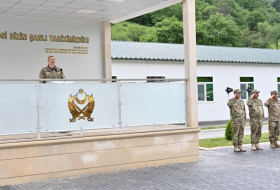