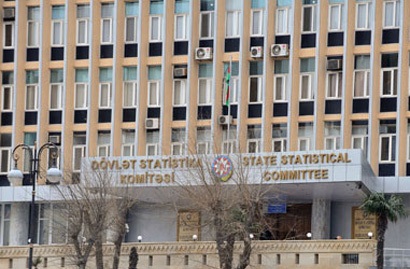 Some 109.8 billion manat ($131.9 billion) was invested in Azerbaijan`s economic development and implementation of various social and infrastructure projects from 2003 to 2013, according to an article of State Statistics Committee head Arif Veliyev published in the official press on Tuesday.
"A little bit more than a half of these funds, some 50.6 per cent, were financed by internal sources, while 49.4 per cent from abroad. About 63 per cent or $84.6 billion of the total volume of investments was sent to developing the country`s non-oil and financial sectors," the head of the State Statistics Committee said.

According to the article, the volume of investments in the country`s economy increased 5.1 times and in non-oil sector by 14-fold compared to 2003.

"A record volume of investment ($25.8 billion) in the history of independent Azerbaijan was fixed in 2012. Azerbaijan is a leading country in the CIS area for growth rates at this figure," Veliyev stressed.

According to the head of the State Statistics Committee, the structure of investments also saw major changes.

`If a total of 22.1 per cent of the total volume of investments was attracted from the internal sources in 2003, their specific weight increased to 60 per cent in 2012`, the article said.