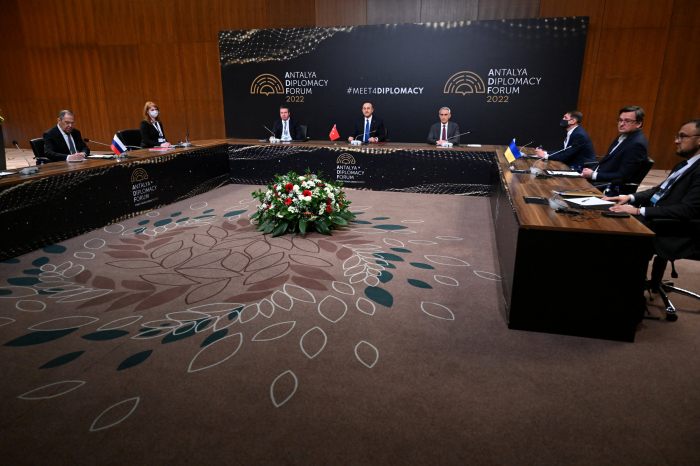 Turkey is among the countries that could offer Kyiv security guarantees as part of any deal with Russia to end the war in Ukraine, a senior Ukrainian official said on Monday, ahead of a new round of peace talks expected to take place in Turkey.

"Turkey is among those countries that could become guarantors of our security in the future," Ihor Zhovkva, deputy head of President Volodymyr Zelenskyy's office, said ahead of peace talks scheduled between Kyiv and Moscow in Turkey.

Kyiv has said it wants legally binding security guarantees that would offer Ukraine protection from a group of allies in the event of a future attack.

The issue of Turkey being a guarantor came up previously in Ukraine. Being asked whether the issue came up during talks with Russian foreign minister Sergey Lavrov in Antalya, Ukrainian Foreign Minister Dmytro Kuleba said: "Minister Lavrov had no interest in discussing it. He referred these kinds of issues to the Belarussian track.”

Lavrov and Kuleba earlier this month met for talks in the Turkish resort town of Antalya, which Çavuşoğlu also attended. The talks were largely inconclusive, but Ankara considers the fact that they took place at all a success.