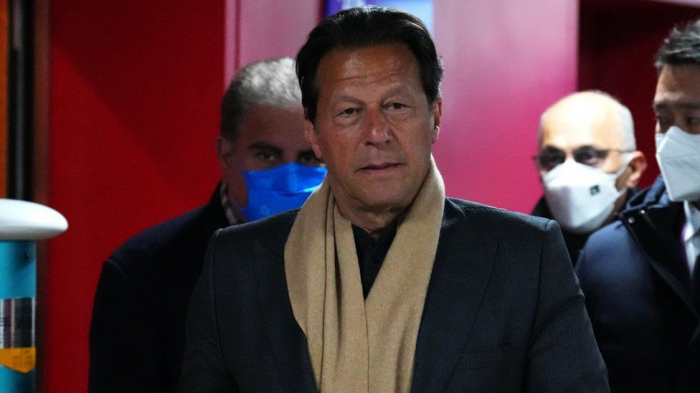 Pakistan's president has dissolved parliament - a step towards early elections - following an attempt to remove PM Imran Khan from office.

It comes after parliament's deputy speaker refused to hold a vote of no-confidence the PM was expected to lose.

Mr Khan claims the US is leading a conspiracy to remove him because of his criticism of US policy and other foreign policy decisions he has taken.

Opposition politicians ridiculed the allegation, and the US has denied it.

Imran Khan visited Moscow to meet President Vladimir Putin as Russia was launching the invasion of Ukraine. He has previously criticised America's "War on Terror".

The BBC's Secunder Kermani says the prime minister is widely regarded as having come to power with the help of Pakistan's army, but now observers say they have fallen out.

His political opponents seized the opportunity to demand the no-confidence vote after persuading a number of his coalition partners to defect to them.

On Sunday, Information Minister Fawad Chaudhry told MPs that Pakistani officials had been told of "an operation for a regime change by a foreign government".

This, he said, went against the constitution and the deputy speaker chairing the session - a close ally of the prime minister - proceeded to declare the vote unconstitutional.

The opposition are furious.

They have filed a petition to the country's Supreme Court, which is assessing whether the decision not to allow a vote of no-confidence against the prime minister is valid.

Heavy security has been deployed around government buildings and across the capital, Islamabad.