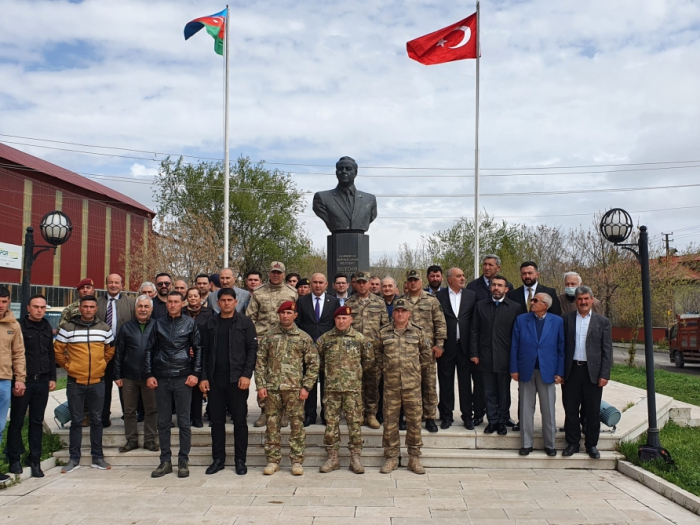 An event to mark the 99th birthday anniversary of national leader Heydar Aliyev has been held in the Turkish city of Kars.

The participants paid tribute to the memory of national leader Heydar Aliyev in the Heydar Aliyev Park in Kars and laid flowers at a statue of great leader.

The event then featured the screening of a documentary highlighting the rich, meaningful life and activity of national leader Heydar Aliyev.