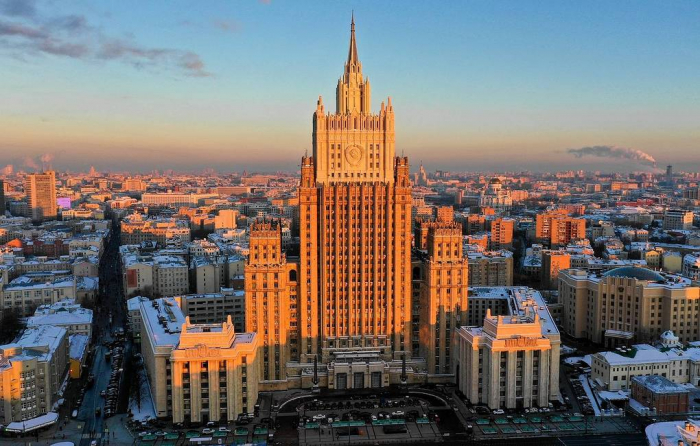 Russia made an official decision to withdraw from the Council of the Baltic Sea States, Russian Foreign Ministry announced in its statement Tuesday, AzVision.az reports citing TASS.

"In response to hostile actions, Russian Foreign Minister Sergey Lavrov sent a message to envoys of CBSS member states, EU High Representative [Josep Borrell], as well as to the Council Secretariat in Stockholm, notifying them about [Russia’s] withdrawal from the organization. Simultaneously, the Federal Assembly of the Russian Federation decided to withdraw from the Baltic Sea Parliamentary Conference," the statement reads.

The Ministry underscored that this decision will not affect Russia’s presence in the region.

"Attempts to push our country away from the Baltic are doomed to fail. We will continue working with responsible partners, hold event on key issues of development of the Baltic Region - our common heritage, we will continue to protect interests of our compatriots," the Ministry added. "The current situation in the council is on the conscience of those who destroyed the foundations of this organization."

"The situation in the Council of the Baltic Sea States is degrading. NATO and EU states within the Council rejected the equal dialogue and the principles that this Baltic regional structure was created upon, and they gradually turn the council into an instrument of anti-Russian politics," the Ministry said. ""Illegal and discriminatory decisions are being made in violation of the rule of consensus. Russia has been ‘barred’ from participation and from projects of the Council, while Belarus has been ‘suspended’ as an observer."