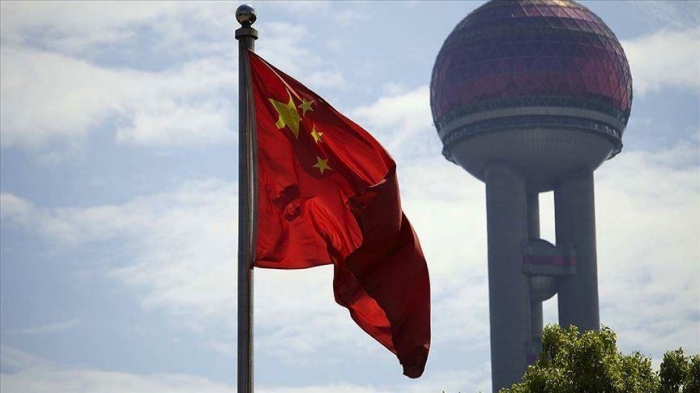 Yang Jiechi, a senior Chinese diplomat, on Wednesday warned the United States against playing the "Taiwan card" and going further down the wrong path, vowing that China will take firm actions to safeguard its sovereignty and security interests, AzVision.az reports citing CGTN.

Yang, a member of the Political Bureau of the Communist Party of China (CPC) Central Committee and director of the Office of the Foreign Affairs Commission of the CPC Central Committee, made the remarks in a phone conversation with U.S. National Security Advisor Jake Sullivan at the latter's request.

Recently, the two sides have held dialogues in areas including the military, climate change, health and agriculture, which are beneficial, and the momentum should be maintained, said Yang.

At the same time, it must be pointed out that for some time, the U.S. has taken a series of wrong words and deeds that interfere in China's internal affairs and harm China's interests, which China firmly opposes and has responded forcefully, said Yang.

He urged the U.S. to match its words and deeds, translate its commitments into concrete policies and actions, cooperate with China, properly manage differences between the two sides, and do more constructive things to bring bilateral relations back on the right track of sound and steady development.

The Taiwan question is the most important, sensitive and core question in China-U.S. relations, he stressed, adding that the U.S. side has made it clear on many occasions that it follows the one-China policy and does not support "Taiwan independence."

However, recent U.S. actions and statements on the Taiwan question are quite different, he said, noting that if the U.S. side persists in playing the "Taiwan card" and goes further down the wrong path, it will surely put the situation in serious jeopardy.

China urges the U.S. to grasp the situation, strictly honor its commitments and abide by the one-China principle and the stipulations of the three Sino-U.S. joint communiques, he said.

China will take firm actions to safeguard its sovereignty and security interests, and the U.S. side can count on China to keep its promise, he told Sullivan.

Seeking peace, cooperation and development is the general trend in the Asia-Pacific region as well as the common aspiration of the people, Yang said, noting that upholding its principle of amity, sincerity, mutual benefit and inclusiveness, China has been developing friendly relations with its neighboring countries, and pursuing mutual benefit and win-win outcomes as well as sharing the same destiny with them.

Any act that undermines the fundamental and long-term interests of countries in the region for its selfish interests is doomed to go nowhere and impracticable, and any attempt to form factions and engage in separatist confrontation is doomed to fail, he added.

They also exchanged views on Ukraine and the situation on the Korean Peninsula and some other international and regional issues.

The phone call was held two months after a face-to-face meeting between Yang and Sullivan in Rome.