Will the Ukraine War Revive the WTO? - OPINION 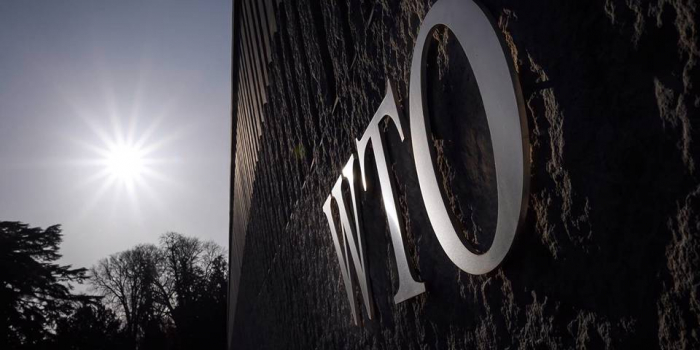 After continuing many of Donald Trump's destructive trade policies, US President Joe Biden's administration finally seems to be changing its tune in response to Russia's war in Ukraine. But as it seeks to restore US global leadership, it will need to proceed carefully to preserve the essential principles of free and open trade.

Russia’s invasion of Ukraine has heightened everyone’s appreciation of global issues and interconnectivity. In addition to geopolitical and defense concerns, there is a renewed focus on the state of international trade. After continuing Donald Trump’s destructive trade policies for more than a year, US President Joe Biden’s administration finally appears to have recognized the importance of strong trade relations. The United States is holding consultations with the European Union to expand cooperation on trade and technology, and with others on issues such as agriculture.

A big opportunity to reverse Trump’s legacy comes in June, when trade ministers from 164 member states and 25 observer countries will meet in Geneva for the 12th Ministerial Conference of the World Trade Organization. The meeting cannot come soon enough. The world economy desperately needs the WTO to be restored so that it can play the valuable role that it did before the Trump presidency.

It is thanks to the WTO and its predecessor, the General Agreement on Tariffs and Trade, that the open multilateral trading system was so successful for 70 years after World War II. To its great credit, the US led the world in creating the institution and supporting its development. Member states agreed to subject their trade policies to the rule of law, which in turn allowed traders to engage in international exchange with confidence.

The essential WTO principles are threefold. Countries should not discriminate among other WTO members in administering their trade policies. Governments should treat foreign nationals and entities within their jurisdiction the same as domestic firms. And all member states should maintain open trade policies, except in special circumstances.

The WTO has adopted important additional protocols on such matters as trade in information technology products, agricultural trade, standardization of customs forms, and so forth. Equally important, it long served as the forum for settling trade disputes between countries. If an exporter claimed that its treatment in an importing country violated WTO rules, the WTO had procedures to address the charge.

In fact, the WTO’s dispute settlement mechanism (DSM) was widely regarded as one of its most successful functions. In the event of a complaint, the WTO would notify the complainant’s trading partner and set a timeframe for direct negotiations. If there was no satisfactory resolution, a panel was appointed to hear the case and present its findings. If the defending country was found to have violated WTO rules, it could either alter its behavior or appeal to the Appellate Body, whose seven members were nominated by the WTO membership by unanimous consent for four-year terms. The Appellate Body’s ruling was then binding on the parties.

But things changed when the Trump administration assumed office early in 2017. In addition to imposing tariffs on steel, aluminum, and other goods (many on dubious national-security grounds), demanding a renegotiation of the North American Free Trade Agreement and other trade agreements, and instigating a trade war with China, the US refused to approve any new appointments to the Appellate Body. As a result, the DSM – the “jewel in the crown” of the WTO – now has no members and is defunct. In its absence, a group of 25 WTO member states and the WTO leadership has agreed to a Multi-Party Interim Appeal Arbitration Arrangement (MPIA), which will follow a process very much like the DSM.

If the Biden administration is serious about correcting its predecessor’s mistakes, it could use the June ministerial meeting to join the MPIA agreement and start negotiating a new statement of fundamental principles. Once agreed, this could allow for a full restoration of a binding DSM and more clear-cut criteria for determining national-security carve-outs, regulating trade in health-care products and e-commerce, and tackling environmental issues.

Although essential WTO principles like non-discrimination are highly desirable, Russia’s invasion of Ukraine represents an obvious exception. Such aggression warrants sanctions both to handicap Russian military activities and to ensure supplies for the coalition supporting Ukraine.

In April, US Secretary of the Treasury Janet Yellen declared that the US and its allies must not “allow countries to use their market position in key raw materials, technologies, or products to have the power to disrupt our economy or exercise unwanted geopolitical leverage.” Arguing that US trading arrangements should favor “friend-shoring,” she said the US would now consider “building a network of plurilateral trade arrangements to incorporate elements of the modern economy.”

But since it is equally important to preserve the open trading system, this new principle of trade policy will need to be carefully defined. There is a risk that those with purely protectionist motives will benefit under the friend-shoring rubric, and there are questions about the criteria for “friends.” What if a “friendly” country replaces its government with one that is hostile to the US? What if a producer in a friendly country uses imported inputs from a non-friendly country? The friend-shoring doctrine needs to be clarified, lest it end up discouraging supply chains and other trading relationships that would greatly benefit trading partners.

If friend-shoring can be made consistent with an open multilateral trading system and WTO rules (perhaps with a clear, minimal carve-out for trade with non-friends), it will resolve a thorny public policy issue. While the details of the new principle are being addressed, however, efforts to advance the MPIA and an eventual restoration of the DSM should be pursued in earnest.